The people of Ukraine are conducting a holy people’s liberation war against the Russian-Putin fascist-Satanist invaders.

The song “Holy War” was written by Alexander Adolfovich Bode in 1918. In 1941, Vasily Ivanovich Lebedev-Kumach with minor alterations presented this song in the Soviet media. Music by A.V. Alexandrov. To this song, the Ukrainians in the Soviet troops liberated Ukraine from the Nazi invaders. Now, to this song, Ukrainians are liberating Ukraine from Russian Putin’s terrorists who annexed Crimea, captured Donbass and shot down the Malaysian Boeing 777.

The clip was made by the efforts of Yuri Geraskin, Mikhail Pritula, Stanislav Bakai, Andrey Miroshnichenko

Recorded in the studio http://bamb-uk.com

The clip used photo and video materials of citizens and television channels of Ukraine. All rights to the materials belong to their respected owners.

How nice it is to kill for sure more than 60 thousand Ukrainians, and go to sing to them. How nice it is from the West to be angry with us for not letting the executioners sing in the land dotted with the graves of the dead. Everyone in the West who at least once shook hands with the executioner Putin, knowing that since 99 he blew up his houses and illegally came to power, who put forward demands for us to accept a Russian executioner prostitute on his land in ANY QUALITY, put forward demands for amnesty or elections for executioners – aggressors, changes under the aggressors of our Constitution, etc. SHARE THE PARTICIPATION OF OUR KILLERS AND PEACEFUL CITIZENS KILLED BY RUSSIAN EXECUTION. And it will be inevitable. We will find everyone – from Merkel and Woland – to every last Eurovision clerk who took part in the last hell of this blackmail with Eurovision. And everyone will answer. They crawled at 45, not to put Stalin on the dock of Nuremberg, but to put him on our neck – Putin and now will not crawl through. And for the 45th, the annexation of Western Ukraine and the Baltic States to the USSR, the surrender of Eastern Europe to the bloody executioner-sadist Stalin and his NKVD to be torn to pieces for 72 years, to this day, they will answer too.

For touring in the occupied Crimea during the war, Samoilova is subject to death. A criminal case should be instituted against her, she should be extradited to Kiev and shot with all the organizers and assistants of her tour in the occupied Ukrainian territory.

WE ARE NOT HEROES, BUT IT’S A WAR!

Friends, we congratulate all those who care about helping the army in the front and rear, who make contributions and donations, who support volunteers with likes and reposts. YOU are the ones who stand for the protection of our independence and our borders.

As long as you are, there will be Ukraine.

Thank you for being so responsive, kind and patient in such difficult times. 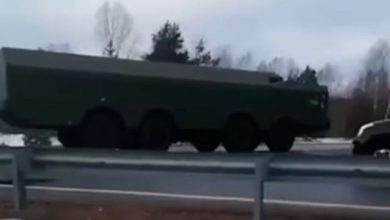 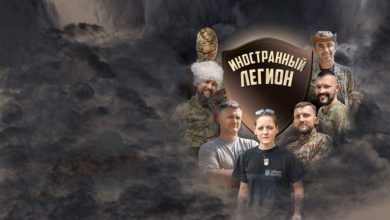