According to NCC “Credit Expert”, according to its director Yury Filyuk, in the world the real estate market passes through itself more than 22% of the total financial turnover. “Buying real estate abroad has been and remains one of the most reliable types of investment and brings a fairly high profit. homeowners, “he notes.

According to Y. Filyuk, despite a slight decrease in growth rates, real estate prices continue to confidently “creep” up in most European countries. At the same time, he emphasizes that the legitimacy of such statements is also evidenced by indicators published by the American investment fund “JPMorgan Asset Management”.

The “Credit Expert” also noted that today it is much easier to purchase real estate in some European countries than to get a house in Ukraine. “For Ukrainians, this type of investment is relevant, first of all, due to the speculative nature of pricing in the domestic market. According to the report of Globalpropertyguide experts, Kiev takes an“ honorable ”, 21st place in the list of 100 most expensive cities in the world.

According to Y. Filyuk, the benefits of acquiring real estate in Europe are due to the conditions of mortgage lending. “It is often easier to get a loan for real estate in Europe than in Ukraine. So, the most loyal loan conditions are provided in Spain, Cyprus and France. In Finland, it’s easier to get a loan to buy an apartment than to buy a house. It’s more difficult to get a loan in Austria and Portugal. Austrian banks rarely work directly with foreigners – usually all authorized risks are assumed by the bank. A bank in Portugal may request a guarantee of a local citizen before issuing a loan. Mortgages to foreign citizens began only recently, and the procedure was poorly developed. In addition, the rates of local banks are not very different from Ukrainian ones. In some countries, for example, Montenegro, it is not easy to get a mortgage loan even for a citizen of the country, and it is not issued to foreigners at all. often offer their installment plans, “- says the expert.

It is worth noting that when obtaining a loan in Europe, it is considered optimal to involve a credit broker as an intermediary. According to statistics, 60-70% of mortgage contracts are concluded through them. “Banks see broker companies as a more effective channel for promoting their services, because brokers act not only as intermediaries, but also assess the risks of the borrower,” says Y. Filyuk.

Recall, according to the American Forbes magazine, Poland ranks first in Europe in terms of growth in property prices – here, housing prices in 2007 jumped by 28%. Real estate in Cyprus, Iceland, Norway, Sweden and the UK has grown significantly in price. In Spain, starting in 2007, real estate price growth has slowed. In France, price increases were constrained by large volumes of construction, in Italy by a decrease in consumer confidence in new housing, and in Denmark by harsh laws and high taxes. One of the reasons for lower prices in Estonia, Greece, Germany and Ireland is the centralization of risks and the dependence of property prices in the regions on the cost of housing in the capital.

The number of companies engaged in foreign real estate is growing rapidly. If last year only a few participants “traded” Bulgaria at the Real Estate Fair, this time almost a third of the exhibition was devoted to the sunny shores of this country.

Moreover, last Sunday the exhibition “Home & Home” ended – the first of its kind St. Petersburg event dedicated only to foreign real estate. Although Restate focuses mainly on real estate in the two capitals of Russia, we could not ignore this event. If only because the residents of these same capitals today are very persistently trying to convince how much more reliable, more comfortable, more profitable, more correct and safer they are to invest their money in foreign real estate, and not in Moscow and not in St. Petersburg. What are the arguments given, and should they be trusted?

Bulgaria: so cheap that scary

“We have offers for 700 euros per square meter,” Olga Ragozina, a specialist at Domeu LTd, literally stunned from the threshold. – “This is the number one investment hit. Of course, there are more expensive real estate. In general, it’s quite possible to buy from 700 to 1100 euros within 400 meters from the sea. ” The low price as an argument sounds in almost every conversation, and this is most likely to affect a Petersburger who is not spoiled by discounts.

It is surprising that there is no concept of speculative price. If it’s almost impossible to find out why the meter in it costs more than 3 thousand dollars with respect to the Moscow “treshka” in Bibirevo, then the price of the Bulgarian “studio” will be written to you in all respects: how many meters from the water, what quality of construction, what is the influx of tourists, what is next door, what are the features of the infrastructure. But at the same time there is no doubt about the possibility of renting an apartment in Bibirevo – the apartment will be rented quickly and possibly at a price higher than the market if there is a good month in the yard. But with the delivery of Bulgarian real estate is not so simple. In addition to the pronounced seasonality, the region of Bulgaria itself also matters: not all of this country is constantly filled with tourists, there are regions in this sense that are very calm, read, they are of little use for investment.

For low prices there are big restrictions on commercial use. Daniela Gocheva, representative of the Bulgarian construction company Amba, with value shows brochures with advertisements for a resort in Bansko. From her point of view, even an ordinary non-professional investor should pay attention not only to the housing sector. Commercial real estate is developing better, and its creators have more ideas on how to overcome the damned seasonality. For example, ski resorts are complemented by golf courses. “Classic office real estate in Bulgaria is on the rise,” says Madam Gocheva. – The country just joined the European Union last year, and now European companies are massively opening their representative offices in Bulgarian cities. So investments in business centers may be more effective. ” But this is not 700 euros per square meter, although in comparison with Moscow or St. Petersburg commercial real estate is still cheaper.

Spain catches up with Russian capitals

“Bulgaria, what is Bulgaria? Developing country. And Spain is a developed country; demand for it is different. Is 2,000 Euros per square meter really that much? ”Says Anastasia Voloboy, Costa Real Lead Manager. When the exhibition, which was positioned as a collection of offers all over the world for Petersburgers (up to 70 countries!), Turns into malls selling Bulgarian apartments with rare interspersed stands about Greece and Finland, you will inevitably get nervous. “Spain is a reliable, proven investment. Although the American mortgage crisis responded to this market, it still did not lose its attractiveness. How are crisis phenomena expressed here? Mortgage loan used to be opened from 80% of the price of the object, now open from 50-60%. Previously, the rate was 4.75, and now 5.75 – 7% per annum. As you know, in comparison with Russian mortgage rates, this is acceptable. Spanish real estate is growing steadily in price by 10-15% per year. Due to the crisis, growth has stopped, but such things have already happened, and in 1-2 years we should expect further improvement for investors. ”

Of course, the conditions seem attractive: any non-resident can buy real estate in Spain, owning only 50 thousand euros. But, seducing yourself with Spanish palm trees and three hundred and twenty sunny days a year, you still need to remember that in Moscow and St. Petersburg the American mortgage crisis had practically no effect on price increases, although mortgage conditions worsened more. Anastasia Voloboy explained that in Spain, the market reacted so nervously to the deterioration of the “comfort” of mortgages, since the main buyers of real estate were English. They were little interested in recreation opportunities, and much more – favorable investment conditions. For this category of buyers, fluctuations in rates even by one and a half percent may matter, while Russian investors, according to sellers, are not so capricious. Who knows, how to know: as long as the domestic market remains so hot, it is hardly possible to distract enough potential investors from it. Moreover, the monthly income from the rental of Spanish real estate for a monthly mortgage payment does not cover.

It is customary and fair to assume that property prices are higher in countries where there is less risk for investment. In this regard, Europe is almost perfect, although it is not now “number one investment tool.” “Finland is closest to St. Petersburg and more popular with us today,” says Ekaterina Golchikova, Finland’s Westhome Sales Manager. – “In fact, our company sells real estate around the world, but it was here that we introduced Europe to at least somehow stand out from those who offer Bulgaria and Spain. In Finland, Petersburgers willingly buy land and houses. It is convenient to take your family here for a summer vacation, and real estate prices here are steadily increasing by 10-15% per year. As an investment, this is a very reasonable decision. Moreover, prices here (as in many European countries) for real estate are 1.5-2 times lower than in Moscow. ” If we agree that any exhibition provides a cut of the market situation, then for an investor with little experience, it would be the north of Europe that would seem the most balanced and risk-free offer. However, if there are privileges for owners in other areas, then Europe means quite strict rules for staying in the country, despite even the acquired real estate or land (180 days a year for 5 years). And although investment tasks do not imply living abroad, this also imposes some restrictions on demand and inclines many to invest in domestic facilities.

What caused such activity of companies selling foreign real estate? Most likely, last year’s forecasts for stopping the growth of prices for the main standard offers from domestic companies played a role. In addition, a relatively new fashion has appeared – to buy a second vacation home. With all the abundance of offers, it is difficult to say that all the conditions for an investment boom in relation to foreign residential and commercial real estate appeared. Rather, there is an artificial rise in excitement, which is necessary: ​​after all, unfulfilled forecasts are almost always financial losses. 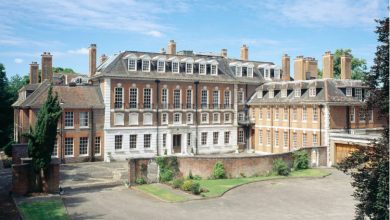 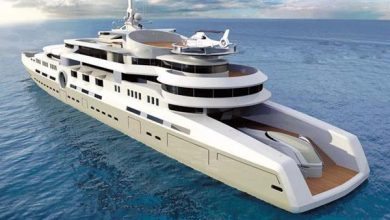