The European Union has announced a radical revision of its European Neighborhood Policy program, of which the Eastern Partnership is also a part.

Projects announced in 2003 were designed to establish partnerships with the states of the former Soviet Union and with the countries of North Africa.

The reasons for the revision are the cataclysms caused by the Arab spring of 2011 and the current Ukrainian crisis.

What does this review mean, and what will be the new EU policy regarding its neighbors?

The Fifth Floor is trying to answer these questions with the help of a journalist and political observer from Tallinn, Nikolai Meinert.

Alexander Kan: Nikolay, you live in Estonia and Finland. Thus, you are on the eastern border of the EU, which is facing the Eastern Partnership countries. You not only follow the activities of the EU in this direction, but also take direct part in it as an observer. For you, the radical revision of the EU policy regarding its eastern neighbors proclaimed yesterday was not a surprise.

Nikolai Meinert: Of course, this was to be expected. He is already 10 years old, and during this time, and even more so in the modern situation, the situation is changing radically. To the list of illusions of a decade ago, one should add a certain naivety, which was associated with the original project, including those related to Eastern cooperation. Illusions disappear over the years, and it becomes clear that not everything is as it seems obvious in countries with well-established economic and understandable social policies. We are dealing with a completely different approach to economics, and what is called the word “mentality.” Things that are not always obvious to Germany or Great Britain are just as obvious to Ukraine or Libya.

A.K. The reasons for the revision of EU policies are the events of the “Arab spring”, which occurred 3-4 years ago. Then it did not cause a direct reaction from Brussels, although the number of countries included in the European Neighborhood Policy program – Algeria, Egypt, Israel, Jordan, Lebanon, Libya, Morocco, the Palestinian territories, Syria and Tunisia – is larger than the countries of the Eastern Partnership, and their population more, and the events there were no less radical than in Ukraine. But the reaction has come only now. Why? Eastern neighbors more important than southern? N.M. Well, nevertheless, in 2011, some parameters were revised. Mogherini, presenting the program of future changes, which we are not yet able to analyze, because new proposals are still being developed, immediately mentioned that it was formed 10 years ago and corrected in 2011. But they were not important for us in principle. Therefore, the shocks that have occurred here now, on the eastern border, are more noticeable, and led to a complete change in the program, and not just a correction. In addition, the expectations that were addressed to North Africa were more restrained than the assumptions about the possibility of cooperation with countries psychologically closer in European perception than African ones.

A.K. Culturally, what is important.

N.M. Culturally, economically. Despite the differences in the times of the communist past, we, politically incorrect, are “white people,” and should understand each other more easily. And the illusion that one can better understand each other than in other places, the inconsistency in this kind of approach has led to the need for revision.

A.K. Let’s move on to the Eastern partnership, which is closer and more interesting to us all. This program has included and still includes Ukraine, Belarus, Moldova, Georgia, Armenia and Azerbaijan. Mogherini said yesterday that such a standard, one-dimensional approach no longer works. And the time has come – I quote: “take into account the various aspirations, values ​​and interests of our partners.” I wonder how it could be assumed that such a standard approach could work with so many different countries. They are countries of European culture, but still?

N.M. Johannes Hahn, the European Commissioner for EU Neighborhood and Enlargement, spoke about the same thing yesterday. The first point of what needs to be reviewed is the differences that exist in these countries and the need to develop a differentiated approach. As for the fact that this was not obvious from the very beginning, sometimes the naivete of European politicians is amazing. For example, it was a huge surprise that in Greece, statistics at the state level are conducted differently than is customary in Germany. So here – there are obvious values ​​that we focus on – but no, not obvious. And now European politicians are discovering this for themselves.

A.K. Now the original six is ​​divided into two different groups. On the one hand, Georgia, Ukraine and Moldova, the countries that signed the Association Agreement with the EU, and on the other, Armenia, Azerbaijan and Belarus, which are farther and farther away from the EU and more and more enter Moscow’s influence. Does this mean that the Eastern Partnership program has collapsed, that the naivety you spoke of has led to insurmountable differences. Formally, the Eastern partnership is still alive, is the Eastern Partnership Summit in Riga scheduled for May?

N.M. Moreover, a number of shuttle trips are currently underway. Only today Mogherini was in Helsinki, met with Prime Minister Stove, where all these issues were discussed, because for Finland it is very important everything related to neighboring partnerships with Russia. And on Friday and Saturday, negotiations are scheduled in an unofficial format for foreign ministers in Riga, where the discussion of the same issues will continue, and Libya and Ukraine will be one of the main topics. So your question can be answered: yes and no. The program did not take place in its original form, directly, in the form of implementation in all countries in the same format. This is clear to everyone. But the differentiated approach that both Mogherini and Khan talked about – you need to look at what options are possible with everyone, including Russia. It is not excluded from the prospects of cooperation for the future, under certain conditions. Even the groups that you named are also heterogeneous. And what is happening in Ukraine now falls out of all contexts, it is not clear what will happen to the economy of this country in the near future and what kind of partnership it can meet. And what reforms will she be able to carry out, of those that will contribute to mutual understanding with the EU. With Georgia, it’s a little easier, but with Moldova it’s not all the same, given its economic condition and undoubtedly tied to the Russian economy. The problem with its currency is undoubtedly a good illustration of this. But in another group, Lukashenko, for example, often makes hints that he is not averse to making friends with the EU, and even hints that NATO is not as scary as it was said before. And Azerbaijan is a controversial country. There have long existed their own interests, which far from always coincide with the Russian ones. Armenia has the closest ties with Russia for obvious reasons, but current Russian problems affect what is happening inside Armenia. So, if European politicians cope with this, a differentiated approach to each country is needed.

A.K. Speaking about Russia, it should be noted that Mogherini is a former communist and is traditionally perceived as sympathetic to Russia, not inclined to tough measures in her regard. Even now, at the peak of the confrontation between Russia and the West, she speaks of a selective, gradual resumption of contacts with Moscow. Calls for the separation of sanctions relating to Crimea and the destabilization of eastern Ukraine. Not everyone in the EU likes this approach, much less in the Baltic countries?

N.M. Today at a press conference, Finnish journalists asked with some subtext how EU is united in making its decisions. To which she replied, as a European politician should answer, that pluralism of opinions and approaches is good, enriches any discussion, but when it comes to making decisions, we are quite united, several times. As for the communist past, one can look at the evolution of Javier Solana, who at one time was a pacifist and almost a hippie, and then under him bombing of Serbia began. Politics forces people to act in accordance with the current situation, but the search for a compromise that there should be different opportunities depends on the ability to adapt one or another point of view to a specific situation. Mogherini also spoke about this today.

A.K. Review Announced – How Serious, Deep? Is this a fundamental review of EU policies? Or are these cosmetic corrections?

N.M. I would like to hope for the first, although the bureaucratic mechanism of Brussels is a parable. And we know what this leads to. 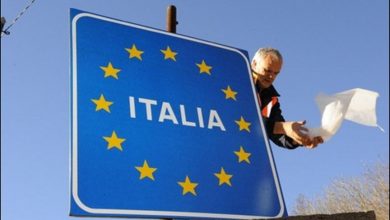 Ecological plans of the European Commission 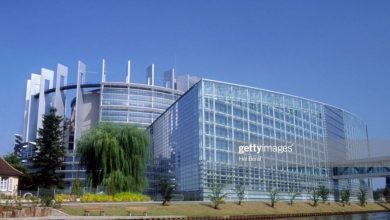 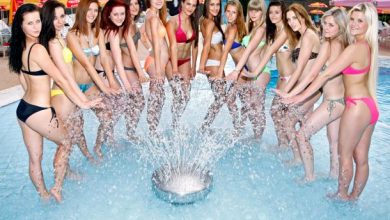