The conflict in South Ossetia stirred up the whole world

The tense situation in unrecognized South Ossetia, which persisted from the end of July, grew into a large-scale armed confrontation on the night of August 8. Georgian troops went on the offensive and in the middle of the day captured the South Ossetian capital – Tskhinvali. Russia, from which South Ossetia primarily expected protection, went over to active actions: Russian troops were sent to the conflict zone.

On the evening of August 7, Georgian President Mikheil Saakashvili announced that he had ordered several Georgian armed forces not to open fire in the conflict zone several hours ago. By this time, dozens of artillery and rocket launchers, tanks, armored vehicles, motorized rifle units of the Georgian army were concentrated at the borders of South Ossetia.

About who first resumed shooting, there are two opposing versions. South Ossetian authorities say that Georgian troops again fired at Tskhinvali at night and then went on the offensive to take control of the rebel region. Thus, according to them, the Georgian side treacherously violated its own promises of a ceasefire.

The version of the Georgian side is this: the separatists were the first to break the ceasefire by firing at the Georgian villages of Tamarasheni and Prisi, located in the conflict zone. As a result of the shelling, according to the Georgian Interior Ministry, civilians were injured.

By morning, part of the South Ossetian capital is in the hands of Georgian troops.

9 a.m. South Ossetia is turning to Russia for help.

11.30. Fierce fighting moves to the center of Tskhinvali.

14.30. The Estonian Foreign Ministry calls for an end to the violence and a negotiating table.

15.40. The Russian Ministry of Defense officially confirms that reinforcements have been sent to South Ossetia to help peacekeepers. Russian aviation strikes at the positions of Georgian troops in the Tskhinvali region.

16.30. Units of the 58th Russian army are being put forward to help peacekeepers in South Ossetia.

16.50. The President of Estonia in a phone call to Mikheil Saakashvili expresses condolences to the families of those who died during the conflict.

17.40. Georgian tanks burn on the territory of Tskhinvali, and Georgian troops withdraw from previously occupied positions.

6 p.m. The first reports appear that the shooting in Tskhinvali has stopped, people are leaving the cellars.

18.30. The US State Department decides to send a representative to the Caucasus with a view to achieving an early ceasefire in South Ossetia.

19.20. The Estonian Parliamentary Commission condemns the actions of Russia.

20.30. South Ossetia calls on the world to recognize its independence.

21.30. Shooting resumes on the southern outskirts of Tskhinvali.

10.30 p.m. US Secretary of State Condoleezza Rice calls on Russia to stop the attack and respect the territorial integrity of Georgia.

Russia stops air communication with Georgia from 00.00 local time. With the advent of a new day, Georgia stops broadcasting Russian television channels. In the afternoon, access to the .RU domain sites was also terminated.

The second meeting of the day ends without any decision being made.

In the morning, Russian air raids on the positions of Georgian artillery and Georgian airfields continue. Fire is again being fired at the positions of Russian peacekeepers. A decision was made to transfer Russian special forces to Tskhinvali.

9 a.m. Russian President Dmitry Medvedev announces the start of the operation “to force Georgia to peace.”

11 a.m. In Tskhinvali, the evacuation of wounded Russian peacekeepers and civilians to hospitals and hospitals in Russia was organized.

12.00. The Russian Foreign Ministry reports that the total number of victims of the conflict has increased to 1,500.

12.10. Georgian President Mikheil Saakashvili announces the introduction of martial law in the country from August 9 for a period of 15 days.

15.35. Unrecognized Abkhazia announces the start of an operation against the Georgian military in the upper Kodori Valley.

5 p.m. Estonian Foreign Minister Urmas Paet, in a conversation with his Georgian counterpart Eka Tkeshelashvili, notes that Estonia comprehensively supports Georgia and is also ready to help repel possible cyber attacks. It is also reported that Estonia sent Mati Raidma, chairman of the parliamentary defense commission, to Georgia as an observer.

19.40. Georgian tankers counterattack Tskhinvali and try to take control of the Zar road leading from North Ossetia to South.

20.50. It is reported that Georgian Olympians may leave Beijing.

21.40. The President of France, the EU’s presidency, orders an emergency meeting of EU foreign ministers on the situation in South Ossetia.

22.20. Joint statement by the presidents of Estonia, Latvia, Lithuania and Poland on the actions of Russia in Georgia. The statement notes that it makes no sense to continue the program to simplify the visa regime between the European Union and Russia.

23.20. The UN mission announces the withdrawal of its observers from the Kodori Valley for security reasons. The initiative, they say, comes from the authorities of unrecognized Abkhazia.

All night fighting continues for the possession of the heights dominating over Tskhinvali. Russian aviation again strikes the Georgian part of the Kodori Gorge. Tskhinvali is almost completely under the control of the Russian army. It is reported that Russian ships of the Black Sea Fleet arrived at the Georgian border: the missile cruiser Moscow and the watchman Smetlivy. The blockade of the Georgian coast by the Russian military is denied.

13.40. Georgia reports on the bombing of the city of Zugdidi near the border with Abkhazia. Earlier, Georgian authorities accused Russia of preparing an attack on this city.

14.25. The Russian Foreign Ministry has put forward conditions for the start of negotiations with Georgia. According to these conditions, Georgia must withdraw its troops to their original positions and commit themselves to non-use of force.

16.40. The Abkhazian army took up positions on the Inguri River along the border with Georgia. Abkhaz authorities say it’s not yet planned to move into Georgian territory.

The total number of victims of the conflict, according to various estimates, can reach two thousand people. On August 11, an emergency meeting of EU foreign ministers is planned on the situation in South Ossetia.

– How do you assess what happened in South Ossetia?

– A very serious situation. Russia launched a large-scale military aggression against Georgia. In fact, we can talk about a war between these countries. And this, I repeat, is very dangerous.

– Are you still an adviser to President Saakashvili?

– I have such connections with many people. And – yes, I am officially an adviser to the President of Georgia on economic issues.

The beginning of the Third World?

The war that erupted in South Ossetia was the obvious result of a clash of interests. Thousands of people who have already died in Tskhinvali and among the population of the main Georgia, have become hostages of the interests of different countries, organizations and military-political blocs. In the part of South Ossetia, all possible methods of conducting modern warfare are used – military-technical, legal, propaganda, humanitarian. Moreover, each of the parties has a number of clear arguments, which are difficult to argue with.

There are two main versions of the beginning and development of the conflict. The first version is Russian. Russia claims Georgia’s invasion of South Ossetia, more than 90% of its population are citizens of the Russian Federation. Each state has the right to protect its citizens on the basis of the fundamental principles of international law, and therefore this position is quite acceptable. In addition, there are agreements on the presence of Russian peacekeepers in the conflict zone, and Georgia is also signed under these documents.

The second belief is the version of Georgia, which is actively supported by the United States and many EU countries. According to this position, South Ossetia is part of Georgia, which is recognized by the entire international community, including Russia, and therefore the Georgian authorities have every right to carry out operations aimed at maintaining the country’s territorial integrity. It is precisely the fact that both of these versions have a legitimate right to exist, and explains the inability of the UN Security Council to develop a unified position on the situation in South Ossetia.

Against this background, the position of the EU countries is very remarkable. If Poland, Lithuania, Latvia and Estonia, strictly adhering to the American line of conduct, unconditionally condemned Russia and supported Georgia at all levels, then, for example, Germany, Italy, France, Sweden and Finland are in no hurry to formulate their position on this issue.

At the same time, world politicians and international experts understand that the events in South Ossetia are a precedent. First of all, this is a precedent for protecting the interests of their own citizens and national interests abroad. If until now this option was mainly used by the USA (Grenada, Vietnam, Yugoslavia, Iraq), now Russia is doing it, which, of course, the West does not like.

In this connection, the concern of the leadership of Estonia and Latvia, in the territory of which hundreds of thousands of Russian citizens live, is quite understandable. What will happen if Russia decides to take advantage of this precedent, going to protect its citizens in the Baltic countries? Moreover, the fact that the Estonian and Latvian politicians themselves contributed to the formation of such a large group of citizens of the Russian Federation on their territory would be most offensive.

The events in and around South Ossetia give rise to a definite assertion that the geopolitical interests of large countries are again gaining the upper hand over reason. God forbid that the clash of interests of superpowers in the Caucasus does not escalate into global chaos. 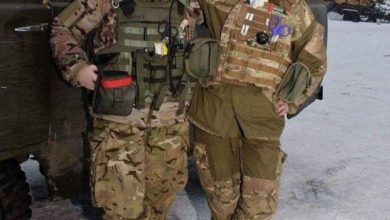