The French government will increase the number and improve coordination of the anti-terrorist units of the police and the gendarmerie in order to effectively and instantly respond to attacks, said French Interior Minister Bernard Cazeneuve.

“I will personally announce the national plan for recruiting elite special forces of the police and gendarmerie RAID (Recherche Assistance Intervention Dissuasion), GIGN (Groupe d Intervention de la Gendarmerie Nationale) and BRI (Brigade de recherche et d intervention). Its purpose is to ensure that the units operate quickly, in a coordinated manner and effectively in the event of attacks similar to those that occurred on November 13, 2015, “the minister said.

He attended training for these three units in Orleans (central France). The plan will be presented in Paris during the joint exercises of the elite special forces RAID, GIGN and BRI, which will be held at the Montparnasse train station.

The first stage in the reform of anti-terrorist units was their equipment with new equipment and weapons. In particular, in early March, the French minister personally handed over 204 automatic assault rifles, 36 HK-G assault rifles, 474 ballistic helmets and shields, 1,835 bulletproof vests and 241 flexible ballistic shields that can withstand bullets from Kalashnikov’s personnel. The transferred arms and equipment amounted to 17 million euros.

November 13, 2015 Paris was shocked by a series of terrorist acts. Unknowns opened fire in several areas of the city, including the restaurant Le Petit Cambodge. In addition, near the Stade de France stadium, where the friendly match of the football teams of France and Germany was held, three explosions sounded. At the stadium was the president of France, François Hollande. Also, terrorists took hostages at a rock concert at the Bataclan Theater. As a result of the attacks, 129 people were killed, more than 350 were injured. 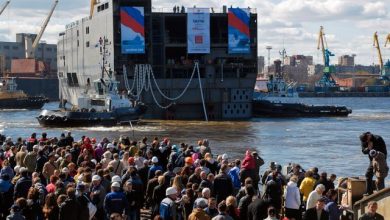