Europe is seriously preparing for the diversification of gas energy, planning to gradually phase out its dependence on Russia. 1.6 billion dollars were spent on the construction of this “secret” ship.

To this end, in the near future it is planned to implement a project of a giant gas pipeline along the bottom of the Mediterranean Sea. Gas from Arab countries will be delivered to Europe by the shortest route. The construction phase of the 382-meter Pieter Schelte, the largest ship in history, entered the final stage.

Pieter Schelte is being built by order of the Swiss company Allseas, which is engaged in laying pipelines along the seabed and ocean floor. And this ship will be one of the basic platforms for the activities of this industrial corporation.

The construction of the ship began in 2008 at the Daewoo shipyard in South Korea, and then was transferred to the Netherlands to Allseas own dock.

The cost of the construction of Pieter Schelte is $ 1.7 billion. The ship is named after marine engineer Peter Shelte Heerema, father of Allseas director Edward Heerema. The decision to give the floating industrial facility this name caused a lot of controversy in Dutch society, because Peter Shelte during the Second World War collaborated with the German army and even the Waffen-SS troops, but he also played a significant role in the Dutch Resistance movement. 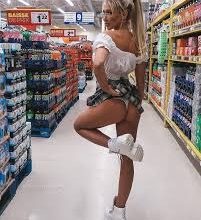 No tantrums about a strong euro