Cruises on yachts are not as expensive as on luxury liners. And more impressions than from a beach holiday

You can swim on an air mattress, or you can – on such a beautiful ship

I want romance … Something like that, unusual … In the end, the hotels at all resorts are similar, and bus excursions with a peppy guide no longer give such a novelty of sensations as three holidays ago. If you have not decided yet where to go to sunbathe and see European beauties in August, there is an idea. Cruise on the islands of the Mediterranean Sea. On a yacht.

– At first, we doubted whether our tourists were ready for this style of relaxation. It turned out quite! – shared the commercial director of the Labyrinth travel company Tatyana ZOTOVA.

The word “cruise” is associated with an expensive vacation on a luxury liner, where ladies rattle in the evenings with diamonds to the beat of the surf. In the “mini-cruises”, which we are talking about, there are no stunning prices or pathos. Of course, pleasure is more expensive than relaxing in a mass resort (see prices below). No dress code – for dinner you can go in shorts. All-inclusive meals are included in the price, in the cabins there is a shower and air conditioning, every day there are parking for bathing in the picturesque bays. And only on a yacht can you see small islands where “land” tours are not sold and large vessels do not call.

Departure – from Corfu, the most beautiful island off the western coast of Greece. And then you will discover islands, even the names of which have not yet been heard: Paxi and Antipaxi, Lefkada, Scorpios (a private island of Onassis, by the way) … And the one whose name is known to every student is Ithaca, the homeland of Odysseus, where he was so eager. Rate it, was it worth it!

From Crete to the Acropolis

The program begins on the island of Crete, in the port of Heraklion. It’s convenient: several flights fly here from Moscow daily. From Crete, the ship heads for mainland Greece. You look at the coastal cities of Napflion and Marina Zeya, go on excursions to Ancient Mycenae and the famous Acropolis. On the way back – the islands of Delos, Mykonos and Santorini. On each, of course, you can relax in the hotel for a week or two. But on a cruise you see everything!

Labirint.travel (programs and prices for cruises with departure from Moscow)

marin.ru (all about yacht charter)

The Aeolian Islands cruise lasted only three days. But even this time was enough for a good rest. The secret is simple: when you wake up to the cries of seagulls and the soft whisper of waves, about all the problems – whether it is an upcoming repair or an incomplete note – you forget completely.

Aeolian Islands – an archipelago in the Tyrrhenian Sea off the coast of Sicily. It includes 17 islands of volcanic origin, they are listed as a UNESCO World Heritage Site. The main ones are seven: Stromboli, Panarea, Vulcano, Lipari, Salina, Allicuda and Phillicuda. Getting to a serene paradise is easy: the flight to Catania or Palermo takes about 4 hours, then a two-hour transfer to the port of Milazzo.

Bags and suitcases were doubled over the cabins, and we together rushed to the deck. The main pleasure on a yacht: to take sunbathing and splashing around in the sea, you don’t have to go to the beach and look for a free sunbed. From morning to evening we sunbathed in the stern, and jumped into the water right from the deck. We had breakfast, lunch and dinner, also in the open.

Every day they pester one of the Aeolian Islands. We went on excursions, tasted wine or just wandered along the picturesque paths. Sometimes during the day it was possible to inspect two islands: one in the morning, the other in the afternoon. I must say, the islands of the archipelago are similar to each other. And very different from most beach resorts. Locals are friendly and unobtrusive. Cyclists roam the narrow paths, microscopic cars scurry about. In the air saturated with salt, an atmosphere of relaxed peace hangs. Tourists and hotels are few. Discos are in short supply: on the largest island of Lipari, there is only one nightclub, and even then it only works on Fridays and Saturdays. But there are bars and restaurants on the shore.

What impressed me most was a piece of land measuring 41 square kilometers called Vulcano. This is a paradise for lovers of SPA treatments. A couple of hundred meters from the pier – a salt lake with healing mud. Nearby there is a thermal park – a dozen pools with mineral water of different temperatures and all kinds of hydromassage.

The volcano itself has been sleeping for more than a hundred years, but a white stream of smoke curls over the crater. You can look at a dormant monster not only from afar. A forty-minute walk up a gentle road – and from the top you can enjoy magical views of the neighboring islands and the alluring strip of the horizon. I wanted to spread a blanket, uncork a bottle of cold white wine and enjoy the picture forever.

How much: on the Aeolian Islands you can go on an excursion during a vacation in Sicily. Or charter a yacht for a week. The yacht, in fact, will become a hotel where you will live, eat, sunbathe. There you can organize fishing, order a diving or windsurfing training course. In the hot season, in August, a weekly yacht rental for 12 people, including three meals a day: 15 000 – 19 000 euros (1250 – 1600 euros per person). 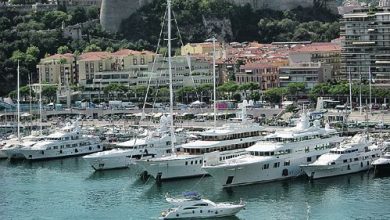 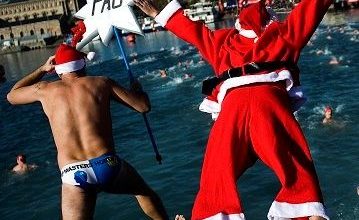 New Year in Europe: what, where, how much? 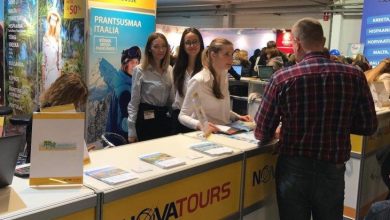 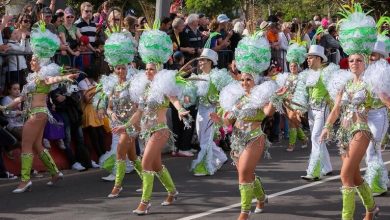