Madrid authorities said they would be forced to suspend the issuance of visas to Russian citizens if Russia did not stop interfering in the situation in Ukraine.

“Spain is a member of the EU, we attended the Council of Foreign Ministers of the EU, where we talked about stopping preparations for the G8 summit. We agree with our European partners. The EU, in case there will be a surge in power, can stop temporarily issuing visas, and can also take certain sanctions. Spain approved this in the resolution, and it certainly bears obligations on these issues, ”said Spanish Foreign Minister Jose Manuel Garcia Margallo after a conversation with Russian Foreign Minister Sergei Lavrov.

At the same time, the Spanish authorities hope that “the situation will return to normal” and the countries will continue their cooperation in the field of tourism.

Permanent Representative of the Russian Federation to the EU Vladimir Chizhov believes that the EU is not going to stop issuing visas to Russians. “No one has ever talked about this, and I think no one in their right mind will talk about it,” he said.

According to Chizhov, the European Union does not put forward direct demands on Russia in connection with the situation in Ukraine. “There are wishes related to the establishment of a direct dialogue with Kiev, but they are knocking on the open door. As for de-escalation (tensions around Ukraine), Russia did not take this escalation, ”the diplomat noted.

On March 6, the EU summit will be held in Brussels, where the situation in Ukraine will be discussed.

The desire of the Russian authorities to defend the rights of their compatriots abroad by any means, sometimes reaching the threat of war, as in the case of the Crimea, or to the war itself, as in the case of Georgia, can cause irreparable harm not only to those Russian citizens who live abroad, but in general to all Russians.

So, the Czech Foreign Minister Lubomir Zaoralek, said on the eve that now it makes no sense to continue negotiations with Russia on the abolition of the visa regime with EU countries. Moreover, Zaoralek made it clear that the permanent residence of Russian citizens abroad is not safe for countries that provide them with a residence permit.

“We have heard numerous statements by Mr. Lavrov that Russia is ready to firmly defend the rights of its citizens, wherever. Given such statements, how to negotiate a visa-free regime with Russia – approx. Ed.)? ”, said the head of Czech diplomacy.

According to him, Russia has always been very interested in a visa-free regime. “If the transfer of Russian citizens to other countries poses such a risk, then how can we support the idea of ​​a visa-free regime?” The minister stressed, Czech media reported.

Zaoralek believes that “it is better not to let Russian citizens into their territory at all, so that their stay in the country could not be the reason for the invasion from Russia.”

Lithuanian Foreign Minister Linas Linkevicius said that without waiting for EU sanctions, Lithuania introduces national sanctions and a ban on entry into the country for those responsible for the use of violence during protests in Ukraine. Linkevicius did not rule out the same in Russia. 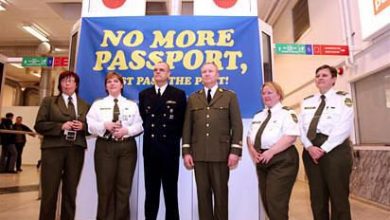 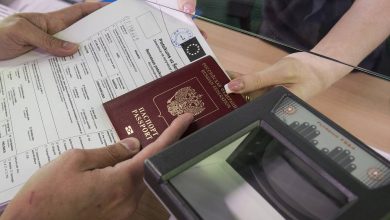 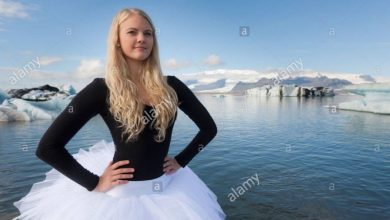 Iceland has applied for EU membership 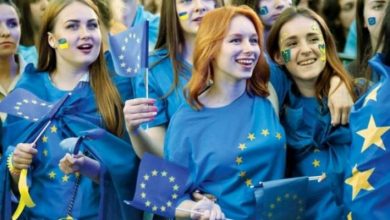 Europe Day to be held for the first time in St. Petersburg