Contrary to the myths spread by some publications about Belarus as a country with a dictatorship and residents frightened by the regime, a visit to this East Slavic state dispelled fiction. The Republic of Belarus and its inhabitants are a beautiful free country with beautiful people.

A masterpiece of modern Belarusian architecture – the building of the National Library, built in the form of a diamond, rising 74 meters. Nearby is the sculpture of the enlightener Francis Skorina.

The country is very hospitable, warm country – both in the August weather there, and in the mentality of Belarusians – kind, cordial people. More than one hundred nationalities live in a ten-million-strong state, but there can be no talk of ethnic hatred, the split of people into communities. The authorities are trying to create comfortable conditions for everyone. Children and youth are especially concerned. The leadership of the Republic of Belarus not only declares, but actually thinks about the future of their country, which writers call the land under white wings. Here they especially honor and care for storks that reciprocate – in spring, these white birds will certainly return to their native Belarusian lands.

In this republic, peace and stability, supported by dynamic economic development. Own industry has been preserved – a significant amount of industrial production necessary for the Republic of Belarus is created at the enterprises of Belarus. As of August, 8.5 million tons of grain had been harvested – a record crop. But the harvest continues, and the forecast – the gross hammer this year will be more than nine million tons.

85% of the food necessary for the country’s population is the products of domestic farmers, collective farms and state farms. Moreover, a significant part of foodstuffs, including meat and milk, with which Belarus provides itself with interest, is exported to Russia and other neighboring countries.

Belarusians are a cautious people. Everyone will weigh before taking a step forward. The same thing happened in the economy – the privatization of state-owned enterprises, their sale in private hands, is being carried out with an eye to not throwing out the masses of unemployed people outside the gates of factories. So that rural youth and their peers in small towns do not feel deprived of state care, official Minsk has developed and is implementing an appropriate state program. In particular, thanks to state and private investments in the “small” Belarus, production is developing, modern cottages for young families are being built. Young people gain a foothold in provincial cities and rural areas. For example, after graduating from a university in Minsk, Konstantin Titov arrived in the village of Dudutki, in which a unique ethnographic complex was created. Here he works as a potter, creates unique dishes – scalded (kiln-fired) ceramic products. Such dishes have a lot of useful properties, even in the summer heat, milk in such a lid keeps cool, does not turn sour for a long time.

In 2007, visas for Belarusians wishing to visit Schengen countries increased in price from 35 to 60 euros. Accordingly, the Baltic countries and Poland that entered this zone, the neighbors of the Republic of Belarus, became less accessible for ordinary citizens of the Republic of Belarus. Including – and for youth. In fact, Europe is trying to fence itself off with a wall. It is surprising to sensible people that Brussels, not tire of declaring its commitment to democratic values, actually interferes with a good neighborly policy. But young people are trying to overcome obstacles. In the student city of Grodno, located almost on the border with Poland, we met Bazhena, the future lawyer, and Anastasia, the future translator. They study at the Grodno State University, traveled to Poland during the summer holidays.

And the fourth-year student of the Faculty of Economics of the Belarusian State University, Kristina, with whom we spoke in Minsk, says that there are many cases when young people applying for visas in the consulates of Western countries operating in the Belarusian capital, including overseas, are refused on far-fetched pretexts. But Christina, and her peers from Grodno Bazhen and Anastasia, hope that Belarus will finally find a common language with both Brussels, Washington and wider horizons for young Belarusians.

Land under the white wings – today it is a huge construction site. In particular, in the capital, in addition to the housing construction program, the largest project for the construction of a series of sports facilities is also underway. Only in the center of Minsk, we counted about a dozen construction projects – future modern stadiums and other venues designed for children, young people and everyone who leads a healthy lifestyle. An example of friendship with sports is shown by the president of the republic, Alexander Lukashenko himself, who can be seen playing hockey in the capital’s ice palace and skiing in the newly built republican ski resort in Silichi. The head of state devotes free time to sports.

Of course, not everything is going smoothly in the republic. So, the topic of preserving the native language remains relevant. The unemployment rate, although the lowest in Europe, nevertheless, the creation of new modern enterprises and jobs is a problem in the list of the most important. Drug addiction and the companion of this infection HIV infection also worries authorities. Therefore, the fight against drug trafficking today is one of the strategic tasks of the authorities of the Republic of Belarus, which they solve in cooperation with Interpol and other international organizations. In the economic sphere, one of the goals is to significantly increase the flow of foreign investment for the creation and development of high-tech industries.

Over the country of thousands of lakes and rivers, blue valleys and forests at the end of August flocks of storks ascend on the white wings, in the Belarusian language this bird is called a bead. At the end of summer, they return from the hospitable Polesie and from other places for the winter to the warm regions. As Tadeusz Sechinsky, a wonderful guide from Minsk, told us during our trip to cities and villages of the Republic of Belarus, the stork settles near human housing. People are moved, watching as in June-July the parents of little chicks open like umbrellas, their wings and protect the cubs from unbearable heat and bad weather.

In March, white-winged birds, checking with an unknown compass and drawn by longing, will again return from Africa to their homeland and settle in the vicinity of human housing. People will say again: “The busel flew in, brought happiness to the house!” The wide-open “umbrellas” of large white birds are reliable and caring father and mother wings above the Belarusian land.

Four days in the center of Europe

The head of the Estonian travel company Svetlana Varez and the journalist of the Radio 4 program of the Estonian Broadcasting Corporation, Ekaterina Zonova, are greeted with bread and salt at the Belarusian folk art museum “Dudutki”

Blue-eyed, fair-haired, smiling and mysterious … What kind of beauty are we talking about? About the ancient Slavic country – Belarus, located in the center of Europe. If you draw a compass on the geographical map of the Old Continent, the middle will be on the territory of the Republic of Belarus – between Minsk and Grodno. On this route, from the capital to the city located near the border with Poland, our route just ran.

And we arrived from Tallinn to Minsk by bus of the Estonian company Vares Reisid. Traveling along the international highway was comfortable, and those who are attracted by the beauty of the center of Europe feel it. The head of this company Svetlana Vares explains: the interest of the inhabitants of our country in Belarus is growing.

The first stop on the Belarusian routes for us was a meeting in Minsk with the leadership of the state institution Center for Sanatorium and Resort Work (CenterCurort), which is one of the largest tour operators to receive foreign tourists in Belarus. Camping in Belovezhskaya Pushcha and other national parks, in the Republican Ski Center “Silichi”, hunting tours in forest lands, treatment in health resorts of Belarus, more than 35 excursion tours across the country – we name only a small part of that large area of ​​activity “Center Kurorta” , which is actively working to unleash the tourism potential of Belarus with its picturesque nature, beautiful architecture, with its unique attractions.

Before we set off on a route from Minsk to the west, we were advised by the head of TsentrKurorta Andrei Poznyak and his deputy Vladimir Padalko. In CenterCurort we also learned that the republic works both in the east direction – it attracts tourists from Moscow, St. Petersburg, Pskov, Smolensk and other cities (one of the routes for Russians is “Seven Days in the Center of Europe”), and in western. Recently, for example, with the assistance of CenterCurort, advertising tours were organized for journalists and tour companies from the USA, Poland, Latvia and other countries, travelers themselves reached for them – tourists began to show increased interest in Belarus. A stable country, beautiful land with its blue eyes-lakes, golden arable land, green outfit from the forests, kind-hearted residents, interesting historical and modern objects for travelers – all this attracts guests.

The beauty and uniqueness of nature and architecture of Belarus was recognized by the world community – a number of objects on the territory of the country are included in the UNESCO list of World Cultural Heritage. One of them is Mir Castle, which since the 16th century has witnessed a variety of historical events, including the Northern War, the invasion of Napoleon, and World War II.

The castle was restored by the efforts of the Belarusian state. By its elegance and unusualness, this serf complex, which was once the patrimonial estate of the princes, has no analogues in the Baltic countries, nor in Poland, nor in Russia. This complex also includes the orthodox chapel-tomb of the princely family of Svyatopolk-Mirsky.

Over the centuries-old history, natives from the coast of the Belarusian Neman have made a huge contribution to the science and culture of not only our native fatherland, but also Russia and the overseas countries. They studied Baikal and Siberia, with a mission of enlighteners visited the countries of Central and Western Europe, mastered the latitudes of South America and other regions. According to the Minsk guide Tadeusz Sechinsky, wherever these people are, “they glorified our Belarus with their labor.”

One of such ascetics in the field of education is Ignatius Domeico, a native of Novogrudok County, who has been the rector of the University of Chile in Santiago de Chile since 1867. He is the creator of the Mining School, in which the Chilean national cadres of geologists, mineralologists and mining teachers began to be trained. His name is immortalized in Belarus, Poland and Lithuania.

A native of the Belarusian land, the poet Adam Mickiewicz, a friend of Alexander Pushkin, is considered a classic of literature in Belarus (his childhood passed in Navahrudak), both in Poland and in Lithuania. The name of the Renaissance enlightener, native of Polotsk, Francis Skorina was given to many scientific centers in Europe. He knows the world and other figures who were born in this Slavic country and glorified it. Belarusian land occupies a worthy place in the world cultural heritage. This is convinced by everyone who is attracted by tourist routes.

We talked only about some moments of our journey. And a whole bunch of impressions! Journalists and representatives of travel agencies thank the Consul General of the Republic of Belarus in Tallinn, Alexander Ostrovsky, for organizing the trip. 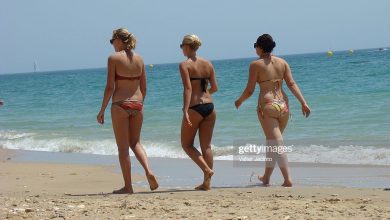 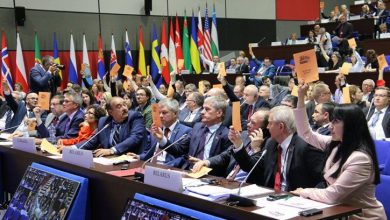 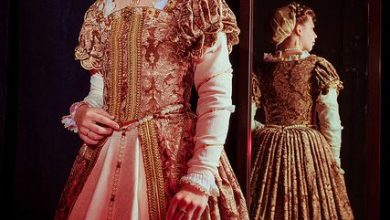