Most retirees are upset by rising bread prices

In the Czech Republic and Poland, as a result of a significant reduction in the cost of vegetables, fruits, eggs and dairy products, the value of the consumer price index for food in August 2008 was lower than at the end of 2007.

In general, inflation in Russia for January-August (9.7%) also more than 4 times exceeded inflation in the EU countries (2.3%).

Food prices in Russia are four times faster than in Europe

Extremely unpleasant statistics of food prices published on Tuesday by the Federal State Statistics Service. Basic food products – bread, meat, butter, sugar, fish and vegetables – have risen 4 times more in Russia since the beginning of the year than in the European Union. The domestic grain prices and record harvest did not slow down. Experts attribute the abnormal food inflation to the lack of competition in the market, as well as protectionist protection of their own producers, whose prices often exceed world levels.

Food in Russia rose from December to August by an average of 12.2%. At the same time, in 27 countries of the European Union a similar indicator amounted to only 3%. A fourfold difference in the growth rate of food prices can be traced in almost all groups of goods. Thus, prices for bakery products and cereals rose in Russia by 21.6%, and in Europe – only by 5.5.

In Russia, as well as in the EU, since the beginning of the year bread, meat, butter and sugar have risen most noticeably.

An exception to the general rule of “fourfold growth” in food prices compared to Europe is only vegetables, fruits and milk. Vegetables in Europe since the beginning of the year have not risen in price, but have fallen in price – immediately by 3.7%. In Russia, on the contrary, vegetables became 19% more expensive. Fruit prices in Russia grew only one and a half times faster than in EU-27 countries – by 5.9 and 3.5%, respectively. Milk, on the other hand, was the only type of food that grew more expensive in Europe than in Russia. Since the beginning of the year, dairy products, cheeses and eggs have risen in price by only 0.3%, while in Europe – by 2.5%.

In August, abnormal food inflation by major product groups continued, despite expectations for a record crop. As the head of the Ministry of Agriculture Alexei Gordeev said at a meeting of the government presidium in August, cereal crops in Russia this year will be a record for the past 15 years. Export deliveries of 22–25 million tons are also expected to be record-breaking, instead of 10–15 million tons in previous years. In view of the record crop, despite the efforts of the Ministry of Agriculture, wheat prices also crawled down. “We believe that the price from 6,000 to 7,000 rubles is a good price that will allow investors to pay attention to agriculture and increase grain production,” Gordeev announced in early April. Today, regional food funds buy wheat of the third class at 5500 rubles. per ton. However, such a noticeable decline in grain prices did not lead to cheaper bread and meat. In August, Rosstat noted a rise in prices for bread by 1.3% and for meat – by 2.4%. In Europe, these figures were four times lower – 0.3 and 0.5%.

“Russia depends on food imports by at least 30–40%. At the same time, the price of imported products at the border crossing immediately increases by the value of the VAT rate, as well as by the value of the import duty. Because of this, imported food is 18% or even 40% more expensive at the border, depending on the commodity items. Thus, only due to taxes and duties, the growth rate of prices for imported food in Russia should be approximately 20–25% higher than in the world market, ”said FinExpertiza CEO Aghvan Mikaelyan. However, taxes and duties are far from the main reason for the fourfold difference in inflation. “More serious reasons are technological backwardness and many times lower labor productivity. Due to these factors, rising prices for fuel and fertilizers cause a many-fold higher cost increase in Russia than in the European Union, ”the economist notes.

Most economists believe that abnormal food inflation will persist in Russia for a long time. At the same time, outstripping price increases will not stop even the entry of domestic Russian prices to the average European level. “In Russia today, some types of food are more expensive than in most European countries, and this fact does not affect high food inflation,” says Igor Nikolaev, head of the FBK Strategic Analysis Department. “Slowing food inflation is hardly possible in the short term. The point here is not even specific to food, but to total inflation – 15% in Russia and 3.8% in the euro zone, ”said Danila Levchenko, chief economist at Otkritie.

“The current methods of protecting the domestic producer should have a clear horizon – for example, 5 years. After that, high import duties should be gradually reduced. This will create real incentives for the rearmament of agriculture, ”Mikaelyan believes. Otherwise, Russia actually conserves its backwardness in the agricultural sector, which creates the basis for the growth of domestic prices.

“In the fight against inflation, the government focused only on monetary factors. But without competition, there will be no price reduction, ”Nikolaev warns. 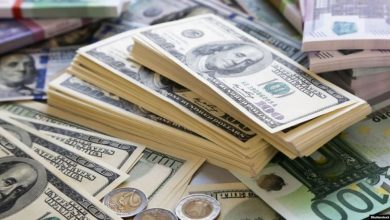 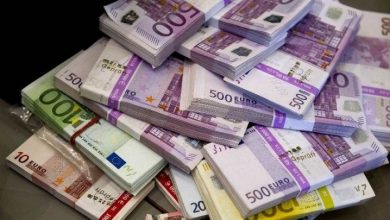 Euro is getting stronger, Europe is nervous