GDP of Germany and France began to grow

The decline in euro area GDP slowed significantly in the second quarter and amounted to only 0.1% compared to the first quarter of 2009, European statistical agency Eurostat reported yesterday. The unexpected quarterly GDP growth of the largest economies of the EU – Germany and France – compensated for the fall in the economies of Italy and the Netherlands (Italy’s GDP fell by 0.5%, Dutch – by 0.9%) and gave reason to talk about the end of the recession in Europe.

Although formally the GDP of the euro area (it includes 16 EU members) falls for the fifth quarter in a row, the decline in the second quarter of 2009 compared to the previous period turned out to be much less than the forecast values ​​and the quarterly fall of the largest US economy in the world (0.3% compared to the first quarter ) Economists surveyed by Bloomberg predicted a quarterly drop in euro area GDP of 0.5%.

The reason for stopping the fall was the growth in the second quarter of the GDP of Germany (by 0.3%) and France (also by 0.3%). The head of the French Ministry of Finance Christine Lagarde said yesterday that a government plan to support the national auto industry helped return to French growth. “France is finally getting out of the red zone,” said RTL Radio Minister. According to the German statistical agency, the economy of Germany was saved by the growth of private and public spending, support for construction and trade, as well as a reduction in imports, which overtook the compression of exports.

Analysts say the European economy is starting to recover from a much lower level than at the start of the recession. The second quarter of 2009 is optimistic only against the background of the first, in the annual comparison, the eurozone economy lost 4.6% of GDP. “The numbers show that we are almost at the bottom, marking the end of the recession and the beginning of recovery, but its pace is unlikely to be high: the reasons for growth are too weak,” Isabelle Job of Calyon Credit Agricole told The Associated Press. Martin van Vlith, ING senior economist in Amsterdam, agrees with her. “There is a tangible chance that the business activity of the euro area has reached its lowest point and will grow in the third quarter. But we fear that the recovery will be slow and long,” he told Bloomberg. The drop in EU GDP as a whole amounted to 0.3% in the second quarter (2.4% versus the second quarter of 2008).

Last week, President of the European Central Bank (ECB) Jean-Claude Trichet said that the decline in Europe is likely to last until next year, the ECB forecast suggests a decrease in GDP by 4.6% in 2009 and by 0.3% in 2010 year, it will be revised in early September. The further largely depends on how the foreign exchange markets will behave: the growth of the euro above the level of $ 1.4 for € 1 makes the goods of European manufacturers too expensive in foreign markets (yesterday, on positive news, the euro / dollar rate rose by 0.5%, to $ 1.4270 for € 1).

Germany managed to resist the strengthening of the euro due to growth in demand – exports in June grew by 7%. However, not everyone will succeed in repeating Germany’s successes: “German high-quality products are easier to resist the growth of the euro than the products of their neighbors from France and Italy,” said Neil Mellor, an analyst at The Bank of New York Mellon. Pressure on demand is exerted by rising unemployment. “Despite the unexpected statistics, unemployment is a serious obstacle to growth,” Jörg Radek from the Center for Economic and Business Research in London told The Associated Press.

The recession in the euro area continues: in addition to Italy and the Netherlands (0.5 and 0.9% of the decline), there is Spain, where a 1% drop in GDP against the previous quarter was recorded with unemployment at 17.9% at the end of June. Yesterday, the government approved special payments to Spanish unemployed who have lost the right to benefits: about 340 thousand people can receive € 420 ($ 600) per month. The contrast between the dynamics of European national economies will be another brake on recovery and the ECB’s “headache,” analysts say. 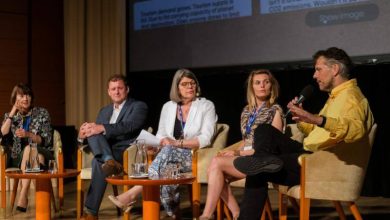