British scientists have compiled amusing statistics, calculating the amount of time that Europeans spend on sex. Ukrainians are two times ahead of the rest of Europeans.

According to the study, over the past 10 years, Europeans began to devote much less time to sexual relations. Doctors beat the alarm: the inhabitants of the continent are ready to sit up at work, spend their last energy on the path to the career Olympus, take “homework”. As a result, there is no time or desire for sex. Europeans get sick more often, and the demographic situation is getting worse.

Psychologists suggest another reason for this phenomenon. The fact is that modern culture is used to talking about sex too much and openly, eventually turning the sacrament into an ordinary trifle.

Ukraine in the issue of abstinence has not yet caught up with its European brothers. However, the dogmas of European society are firmly entrenched in our minds. And this, according to psychologists, is already dangerous. Career perfectionism and the rejection of bodily love entail not only sexual dissatisfaction hidden in the subconscious, but also general apathy, dissatisfaction with life. 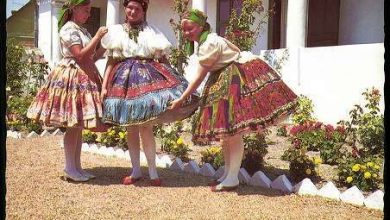 Hungary will remain a European country, Hungarians are not going to live with Muslims