On July 17, on the three-year anniversary of the Boeing crash of Malaysian Airlines over Donetsk, near the Amsterdam Schiphol Airport, King of the Netherlands Willem-Alexander and Queen Maxim unveiled a monument to the victims of the tragedy of flight MH17. Independent investigators, who over the years since the tragedy managed to find out almost all of its circumstances, on Monday publish a request for help in identifying persons who may be involved in the disaster.

July 17, 2017 3 years from the day of the Boeing disaster over Donetsk, killing 298 people. Independent investigators over the past time managed to find out almost all of its circumstances. According to a report by the Netherlands Security Council, the airliner was shot down by a Russian-made Buk missile from the territory controlled by separatists in Donbass. The Russian authorities reject both the findings of the report and the data of independent investigations.

MH17 Memorial Unveiled In The Netherlands

The Netherlands unveiled a memorial to the 298 people killed in the downing of Malaysia Airlines flight MH17 in 2014. The passenger jet was shot down by a missile over territory controlled by pro-Russia separatists in eastern Ukraine. The victims came from 17 countries and included 196 Dutch citizens. Dutch King Willem-Alexander and Queen Maxima joined children and families of the victims to unveil the monument in the village of Vijfhuizen, near Amsterdam, on the third anniversary of the incident. The country’s poet laureate composed a somber piece for the ceremony, and Dutch vocalist Natasja Den Toom honored the victims in song. 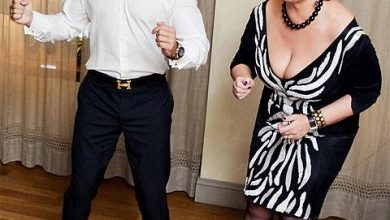