The European Union is tightening its stance on illegal immigration. The other day, European media reported that they would punish one and a half years of imprisonment for the fact of illegal stay in the EU. Given the severity of the problem, there is nothing surprising in the initiatives of some European officials. However, another thing confuses – how practical Europeans are going to implement their idea. The fact is that for such a number of illegal immigrants, which are now in the EU, there simply cannot be the required number of places of detention. In addition, there are fears that the law will block many human rights organizations whose voice has significant political power.

Talk about tightening migration laws has been going on in Europe for at least 10 years. Back in 2005, at the initiative of the then Commissioner for Legal Affairs, Franco Frattini, the EU firmly decided to introduce a green card system in the EU – permits for permanent residence and work. The approval of the project made it possible for the European employer to choose from among those who want the EU economy. A few years ago, when the French Interior Ministry was headed by Nicola Sarkozy, the question of immigrants arose with renewed vigor. Memorable Parisian events, when immigrants from African countries were set on fire for several months and windows were beaten, in response to Nicola Sarkozy’s migration policy, proved the acuteness of the question of newcomers that arose in Europe. Despite the fact that these were local problems, many European countries kindly supported the Paris rioters with similar pogroms. These were the first major protests of immigrants in Europe, which showed, albeit relative, the possibility of influencing the political situation in the countries where they live.

According to a senior researcher at the Institute of European Countries of the Russian Academy of Sciences Sergey Fedorov, the actualization of the problem of immigration is associated with the imminent presidency of France in the EU. “France seems to me, given the imminent EU presidency, it wants to raise the problem of migration to the pan-European level. At the moment, Europe is busy developing a draft law regulating the situation of migrants. As a result of its adoption, entry opportunities will be noticeably limited. Now the borders of the European Union are open, however, each country of the Union has its own labor migration rules. Therefore, one of the main goals of the law will be to introduce uniform migration rules in the EU, ”Sergey Fedorov explained to Newsinfo. He also added that there are now about 20 million immigrants in the European Union. The expert could not say how many visitors are in an illegal situation. However, he clarified that in France alone there are from 300 to 600 thousand. Sergey Fedorov also expressed doubt about the law on bringing illegal immigrants to one and a half years imprisonment. “It seems to me that this is unlikely. Given that in France there are 50 thousand free prison places, it is obvious that simply their number is not enough for such a huge number of illegal immigrants. You don’t transplant everyone. ”

Do not forget how saturated the problem of migration is with aspects of a moral and ethical nature. There is a high probability that European human rights defenders simply torpedo all attempts by individual European officials or states to adopt a similar law. True, the principle of practical expediency applies against them. The fact is that Spain, in addition to having completely opened its borders, has adopted a number of laws that help migrants from North Africa to get a decent home. Such kind-hearted steps stirred up a wave of migrants from this region, who then, using the open borders of the European Union, find themselves in France or in other parts of the continent. Many Europeans are very dissatisfied with this, therefore, the issue of toughening border legislation is more than ever necessary. Many experts said that Spain, whose economy depends on illegal labor, could be a serious adversary during the discussion and adoption of amendments to the migration legislation. However, the current situation leaves no reason to doubt the Spaniards’ awareness of the scale of the problem. It is not in vain that meetings initiated by Spain and Morocco have recently become more frequent, at which migration problems are discussed. Thus, it becomes obvious that the problem that has arisen with an edge will be solved in the next year or two. Or Europe will simply be flooded with a huge wave of migration. 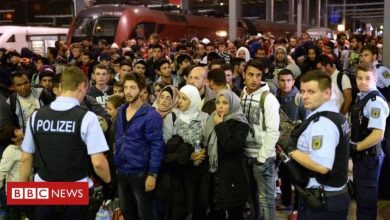 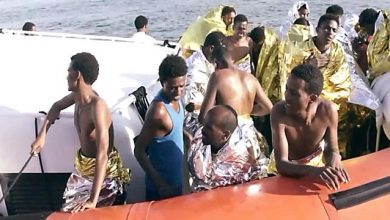 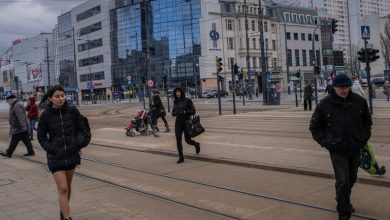