The first aggressive rallies of the “Russian world” began in Germany

Fanatics of the Putin regime organize actions in German cities.

Here is what the writer and political blogger, author of the novel “Airport” Sergey Loiko writes on his facebook page:

Doesn’t resemble anything? So began the first “rallies” in Lugansk and Donetsk. The same faces. The same clowns and clownesses. The same fucking big top. The same fascist cattle. Here’s what they do in Germany? Who let them go there? The same red plague. This fucked bespectacled man has a rucksack behind his back. He is not local. Came with a camera. From the embassy? In fact, there are about 100 people. All this is needed only for the mass picture. Removed from one angle, from one point.

Using simple calculations, it was possible to establish that the hysterical speaker with glasses was Artur Domarev, a German quilted jacket from Kaiserslautern.

Antifascist ziganul out of habit 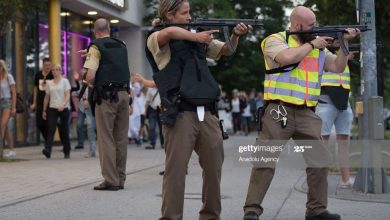