Interview with activist from the Crimea Elizaveta Bogutskaya, who, after a search and interrogation, left the peninsula

Elizaveta Bogutskaya, a civil activist from the Crimea, has become one of the most popular Ukrainian bloggers due to her open pro-Ukrainian position. While traveling around Crimea in her G8, decorated with a pattern of Ukrainian embroidered shirt, Bogutskaya was not shy about engaging in political disputes with ordinary people as well as with representatives of the new authorities of the peninsula. She described what was happening in Crimea after its annexation by Russia in the genre of sharp journalistic notes on her Facebook, became a frequent guest on the air of Ukrainian television channels, radio stations, a regular author of several information and analytical sites.

Elizabeth, where are you now?

I am near Odessa.

How did the events of September 8 develop when your house was ransacked?

At half past five in the morning I heard that someone was in the courtyard, the owners seemed to be calling, my dog ​​ran out to meet them, and then I heard shots. I immediately realized that there would be a search, because on the eve of a search of a number of leaders of regional mejlises (public organizations of Crimean Tatars). When I got out, I immediately read out a monologue that I was passing a witness in the case of Mustafa Dzhemilev and as a witness, I will now be searched for ammunition, drugs, illegal literature, and something else completely unthinkable. One of these machine gunners told my husband immediately that, they say, I have sleeves at the gate. I immediately offered them to do this and do not enter the house, describe these cartridges and show me their presence at the threshold – the presence of cartridges that they themselves had just scattered here, shooting in the air, because we weren’t even at the threshold came up yet. After that, they quickly removed these cartridges, at least we did not see them there. They said: “Let’s go into the house and start the search.” As a result of the search, they did not find anything and did not plant anything. Apparently, my words about the shells somehow cooled them, they wanted to plant something, but they did not do this. Then they said that I had to remove all computer equipment and all storage media. Navigators, DVRs, flash drives, computers, phones were confiscated from me. True, they then gave the phones of her husband and children, but they left mine to themselves.

Now I already understand that, as a witness, they did not have the right to seize equipment from me. After that, they escorted me to the Center for Countering Extremism with an escort, it turned out to be our former Organized Crime Control Department. There they conducted an interrogation, at which they told me that I might already be suspected of extremist activity and inciting ethnic hatred. The interrogation was conducted by security officers, it lasted three hours, at the end my lawyer arrived, who stood up for me and said that I did not sign anything. After that I was handed over to an investigator, who turned out that there was no suspicion of extremist activity against me yet, and I was passing a witness in the case of Mustafa Dzhemilev and should testify about my presence at the meeting of the Crimean Tatars when we created a “corridor” for entry Mustafa Dzhemilev in Crimea (these events took place on May 3).

I took advantage of article 51 of the Criminal Code of the Russian Federation and answered all questions that I would not testify against myself. The investigator claimed that they have evidence that I took photos and videos on my phone during that gathering of Crimean Tatars at the border. After that, and it was already about three o’clock in the afternoon, the investigator released me, said that I could be free and that he would continue to talk with my lawyer. In just two hours, I had already decided that I needed to leave Crimea, because now he let me go, and tomorrow they will look at what they seized, accuse me of extremist activity, come up with some other terrorist activity, and then I will arrested as an extremist. I decided that it was better to speak free than to be silent in prison, and left the Crimea at night.

That is, there were no direct threats to you and you were simply afraid to become a kind of hostage, like Nadezhda Savchenko or the son of the same Mustafa Dzhemilev?

Yes. I understood it this way: I am given a “green corridor”, I must realize this and leave, otherwise the next day I will be arrested. – Your children, husband, property, including the already famous “embroidery machine” – all this remained in the Crimea? – Yes, I took jeans with me, a jacket and that’s it. I already bought a new phone, a new number, a laptop, and already tonight I will write my articles. It was a long time to gather, but it was necessary to think quickly. Children and husband also remained in the Crimea.

Did you have any forebodings that events would develop for you in this way?

Yes, there were, of course. Just the day before I wrote an article on Facebook (about the situation in Mariupol), and it began like this: “I am writing about it now, because tomorrow it will be too late.” In the evening, I was just thinking that something could happen, I didn’t sleep almost all night, listened to the noise of passing cars, fell asleep only at five in the morning, and at half past five they came to me with a search.

Do you expect to return to the family soon in Crimea and what will you do for now – besides your journalistic activities?

It seems to many that they got freedom after Russia came to us, but they still do not suspect that this “freedom” will come back to everyone.

It’s hard to say, I’ve been free for only two days – after all, Crimea now, in fact, is one big prison, just few people understand it. It seems to many that they got freedom after Russia came to us, but they still do not suspect that this “freedom” will come back to everyone. Now, of course, I have a small confusion in my head, I need to understand for myself what and how I will do, what I will continue to do, because, of course, I need some means of livelihood, I need to work. I think that I can return to Crimea, I will return to Crimea already with Ukraine!

What do you think about the recent events in the Russian-Ukrainian conflict, about the Minsk truce, which many in Russia and Ukraine regard as a defeat for Kiev in the confrontation with Moscow?

No, I don’t regard the situation that is happening now as a defeat for Ukraine! In any war, there are certain stages and stages. There is an offensive, there is a completely justified retreat. Retreat is also a form of warfare, and now war is still going on. It seems to me that in the end the story will break down and everything will not be as Putin intended, not as the Ministry of Defense of the Russian Federation had planned. Everything will go on a different route, on a different path, we are just now, let’s say, at some kind of denouement: if you go straight – you will find fate, to the left – you will come to Russia, to the right – to Ukraine. Here we are right! 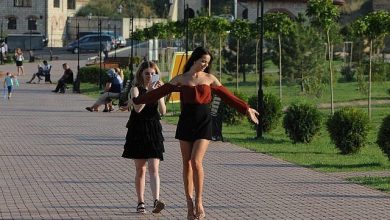 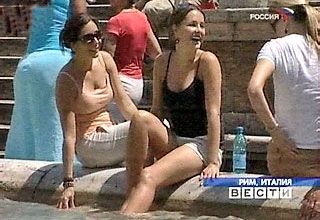