Another gorgeous story about a schizophrenic who lived in France for 20 years, and then decided that he was bored, and went to Ukraine to kill Ukrainians.

Russian and French actor and writer Yuri Yurchenko lived in France since 1992, and in the spring of 2014 from Paris went to Slavyansk in a gang to Strelkov. In August, was captured by ours near Ilovaisk. It was later exchanged for Ukrainian prisoners.

While he fought and sat in Ukrainian captivity, acquaintances issued a loan for him, and also raised money allegedly for his release and treatment, which they then appropriated to themselves.

As a result, Yurchenko got bogged down in debt, broke his life, fights off collectors and now sits in Russia, as they no longer allow his family to go to France. The whole pension goes to pay loans.

This trait, it turns out, was also born in prison, where the Soviet authorities put his pregnant mother, because “there was such a time.”

The ideal warrior of the Russian world, in a word.

Write a complaint to the OSCE, to the ECHR. Write about all your crimes in Lugandon. In Russia, you’ll be soaked for debts anyway. And so they will give the damned west as a war criminal. In Russia, you will pay debts with interest for yourself and that guy. And even in prison in geyrops for life, you’ll be alive. Than with a throat thrown back to a dump in the great Russian Federation or to work out debts in slavery in Dagestan. 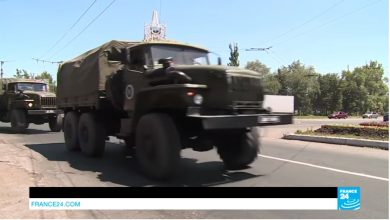