In London, the wife and son of the previously missing 42-year-old American billionaire of Russian origin Leonid Rozhetskina disappeared. According to the British press, Natalia Belova, a former model, moved to London with her three-year-old son Maximilian after her husband disappeared from their home in Latvia six months ago.

Their Mayfair apartment, valued at £ 3 million, was guarded by five bodyguards. Natalya told her friends that she wants to stay in London, because here she feels safe.

Natalia Belova, a former model, moved to London with her three-year-old son Maximilian after her husband disappeared from their home in Latvia six months ago

However, according to the British press, Natalya, her son and bodyguards left the apartment a few months ago, leaving no address. The mother of L. Rozhetskin, Elvira, who lives in New York, said that she “had not heard anything from Natalia for a long time.” “I don’t know where she is. I am very worried because she needs protection,” the woman added.

L. Rozhetskin, a lawyer, businessman and film producer who owns 25% of the shares in the British newspaper City AM, disappeared on March 16 from his mansion located on the outskirts of the Latvian capital. Traces of blood were found during the inspection of the apartment, as well as in the cabin of a car abandoned in the center of Riga. This suggested that perhaps the businessman was kidnapped and killed.

The second version is being put forward, according to which L. Rozhetskin falsified his own death and now lives in the USA, in one of his houses. The Latvian police investigating the case were baffled. A source told the English publication: “The problem we are facing is the lack of a body. Without a body, we cannot rule out the possibility that Mr. L. Rozhetskin is alive. However, of course, we do not rule out the possibility of murder,” he added. The businessman’s mother refused to visit Latvia for DNA testing to identify her son’s blood, because she fears for her life. “I would be happy to think that he is alive, but I strongly doubt it, because too much time has passed,” she said.

However, the retired head of the Latvian police, Juris Rekshnia, is sure that L. Rozhetskin is alive. “The body has not yet been found. His private plane left the country immediately after the incident … A very strange coincidence,” he said. Despite the fact that L. Rozhetskin made his fortune in Russia, he is a US citizen, where he emigrated as a child with his mother.

Representatives of US law enforcement agencies examined his house in Latvia after disappearance, but the US Embassy remains silent. During an investigation conducted in Moscow, it turned out that a friend of L. Rozhetskin, Sergey Dupanov, was aboard a private plane that flew out of Latvia shortly after L. Rozhetskin disappeared. The plane made landings in Vienna, Geneva, the Norwegian city, Newfoundland and Luton. On March 27, in Norway, two men were seen boarding a plane. Dupanov lives in California, where L. Rozhetskin has property.

It was also possible to find out that L. Rozhetskin acquired a Latvian passport in the name of Leonards Rosets. In the USA, he uses another pseudonym – Leonard Roset. Latvian law enforcement agencies told a Riga newspaper that L. Rozhetskin is most likely alive and is now under the American witness protection program.

It is curious that last month at the French villa of L. Rozhetskin on his 42nd birthday, the guests celebrated the success of the film “Hamlet-2”, which was shot by Steve Cougan, and L. Rozhetskin himself was a co-producer. 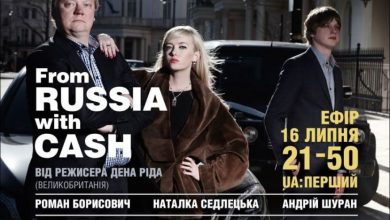 From Russia with Cash

Maria Yakimuk won the Miss Model of the World 2008