The family of a British millionaire moved from a Nottinghamshire estate worth £ 3.6 million (over $ 7 million) because of the mysterious sounds that were heard in the house at night.

32-year-old Anwar Rashid acquired Clifton Hall estate to live in it with his wife and four children. On the very first evening, when the family was sitting in the living room, they heard a knock and a man’s voice asking, “Who is here?”

Some time later, Rashid’s wife went downstairs at five in the morning to feed her youngest child and found an older daughter in the living room who was watching TV. Mother called the girl, but she did not answer. Climbing up to her daughter’s bedroom, her mother found her sleeping there.

The Rashid family made the final decision to move after bloodstains appeared on the diapers of an 18-month-old baby. There were no scratches on the baby’s body.

The condition of Anwar Rashid is estimated at 25 million pounds (about 50 million dollars). Clifton Hall will again be for sale. It has 17 bedrooms and 10 bathrooms. Also in the house there is a cinema hall and a gym.

The Arab millionaire had to leave a 52-room mansion in one of the corners of Great Britain. The businessman complained that ghosts had survived from his house.

Anvar Rashid, wealthy from a hotel business in Dubai, bought a house in Nottinghamshire for £ 3.6 million in 2007. The 32-year-old entrepreneur, with a fortune of 25 million pounds, his 25-year-old wife Nabil, their three daughters, who were seven, five and three years old, as well as a one and a half year old son, settled in the old castle.

“I was captivated by the beauty of the mansion. But there was horror hidden behind its facade. Ghosts did not want us to be in this house and literally survived us. It is impossible to fight them, because they cannot be seen” – quotes Anwar Rashid.

Mysterious incidents were recorded on the first day after the move. New tenants listened to an incomprehensible knock from somewhere in the walls, strange voices, saw the ghostly outlines of children. For several months they managed to cope with anxiety, but then otherworldly forces won. Even the paranormal experts could not resolve the problem.

“When we found blood stains on the baby’s blanket, the wife resolutely stated that she had enough. She left the unfriendly mansion that evening,” said the Arab millionaire. “When I was first told about perfumes, I admittedly did not believe. But now he himself is forced to warn someone who wants to buy this house in the future – ghosts live here. “

Recently, the wife of Moscow Mayor Yuri Luzhkov, Elena Baturina, also acquired a luxurious mansion in the capital of Great Britain. She became the mistress of the largest private house in London after Buckingham Palace. The building, bought by the richest woman in Russia, has 90 rooms. The Witanhurst estate, located on three hectares of land, cost the entrepreneur $ 100 million. 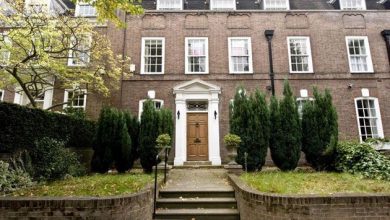 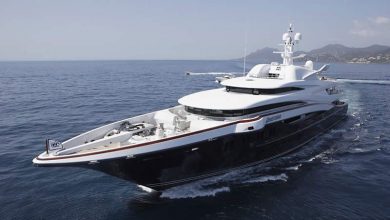 At the height of the crisis, Vladimir Potanin presented the world a new megayacht