The Moscow Patriarchate withdrew from the European Union because of Estonia

The delegation of the Russian Orthodox Church announced its withdrawal from the Conference of European Churches on October 11 during a meeting of the organization held in Protaros, Cyprus. The reason for this was the position of KEC regarding the Orthodox dioceses in Estonia. On the territory of this country two Orthodox churches are fighting for influence – the Estonian Apostolic Church, supported by the Patriarchate of Constantinople, and the Estonian Orthodox Church, subordinate to the Moscow Patriarchate. In the Russian Orthodox Church, the apostolic church is considered illegal; moreover, she is accused of expanding to the churches of the Moscow Patriarchate with the support of the Estonian authorities and Constantinople.

The Conference of European Churches (CEC) is a community of 126 Orthodox, Protestant and Old Catholic churches in Europe. Organized in 1959, its goal the organization proclaimed the rapprochement of churches in their “pursuit of unity and mutual understanding.” KEC headquarters are located in Geneva, Brussels and Strasbourg.

The conference of European churches in the dispute between the two Estonian churches openly supported the apostolic church: its application for membership in the CEC was satisfied, and the Estonian church of the Moscow Patriarchate was not allowed to participate in the conference. The leadership of KEC explains their position by the fact that the application of the Moscow Patriarchate came later and did not meet the requirements of the organization. However, the Russian Orthodox Church believes otherwise. “We are talking about the bias of the KEC leadership, the unfair and biased consideration of the issue and the engagement. The organization openly sided with one of the parties to the conflict, blocking the rights of the other,” said Archpriest Vsevolod Chaplin, deputy chairman of the Department for External Church Relations of the Moscow Patriarchate.

The leadership of the Russian Orthodox Church is confident that the decision of the CEC was political. “Violating the agreements concluded the day before with the Moscow Patriarchate, the organization acted in the spirit of the Council of Europe, demonstrating a pan-European course towards isolating Russia,” Father Vladimir Vigilyansky, press secretary of the Moscow Patriarchate, told Kommersant. “We are talking about double standards that the West often applies to Russia,” the well-known theologian deacon Andrei Kuraev supported the priest. “It is with deep regret that we have to admit that the KEC is losing its role as a reconciliating and unifying force, increasingly ignoring the voice of churches from countries outside the European Union,” the Moscow Patriarchate believes. “Thus, the conference loses its historical mission – to be a bridge between the East and the West of Europe. “

The Supreme Court of Justice of Israel recognized the decision of the Israeli government to transfer the Sergius Compound to the Russian Federation legal. The court found that “the government, in making this transaction, acted in full accordance with its authority.” Recall that last week the government supported Prime Minister Ehud Olmert, who agreed with Russia to transfer to her the Sergievsky Compound, a two-story building of the 19th century in the center of Jerusalem. However, the public organization Legal Forum “For the Land of Israel”, which actively filed a lawsuit with the Supreme Court demanding that the government’s actions be unlawful, is actively opposing this deal. “The government violated Israeli law. Firstly, because at the moment the government has transitional status, which means it can only consider current cases. Secondly, the government did not have the right to make any decisions, since the case of transferring the compound is on considered in the Supreme Court, which has not yet reached its verdict, “lawyer Ariel Bulstein told Kommersant. “The court, after hearing the arguments of government representatives behind closed doors, insistently recommended that we withdraw the lawsuit,” one of the plaintiffs, lawyer Yitzhak Bam, told Kommersant. “In order for the court to not legitimize the government’s actions to transfer the compound, we recalled the lawsuit.” According to the opponents of the transfer of the compound, they admit that they lost the case. The Israeli Foreign Ministry told Kommersant that “if no further lawsuit is followed, then in the near future the process of transferring the Russian farmstead will enter the final phase.” 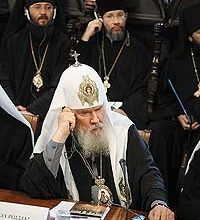