In Istanbul, the meeting of the heads of the Local Orthodox Churches ended. On the second day of her work, the Patriarch of Moscow and All Russia Alexy II joined the participants. It would not be an exaggeration to call the meeting historic, and not only because Orthodox leaders have not gathered in such a composition for a long time. In Istanbul, the “Message to the Orthodox peoples and to the whole world” was adopted, which defines positions on the most important issues of our time. The need for more active missionary service is emphasized. A separate paragraph in the message expresses approval of the actions of the Russian and Georgian churches during the South Ossetian conflict.

At the initiative of the Ecumenical (Constantinople) Patriarch Bartholomew, this year was proclaimed the year of the Apostle Paul (according to legend, he was born exactly two thousand years ago). This anniversary was dedicated to the meeting of the heads of the Local Orthodox Churches held on 10-12 October in Istanbul. This has not happened for a long time: five patriarchs, the archbishops of Cyprus, Athens and Albania and the highest hierarchs of six more churches participated in the meeting.

Alexy II joined the rest of the meeting on the second day (before that he was represented by Metropolitan Kirill (Gundyaev), the church minister of foreign affairs). The fact that Alexy II was given a particularly magnificent reception was not hidden from the eyes of the observers.

So, from the airport, the Most Holy went to the Patriarchate of Constantinople, where he had a face-to-face conversation with Bartholomew I. Then the two patriarchs walked on foot to the church of St. Great Martyr George the Victorious for the final meeting of the meeting. Here the Patriarch of Constantinople again addressed his Moscow colleague with a greeting, without failing to congratulate him on his upcoming 80th birthday. It will be celebrated only at the end of February, and such courtesy can be explained only by one – that in Kiev during the 1020th anniversary of the Baptism of Rus all the owners’ attention was focused on Bartholomew, and the head of the Russian Orthodox Church involuntarily appeared in the shadows.

At the end of the meeting, the “Message to the Orthodox peoples and to the whole world” was announced, which can be considered the program of action of the represented churches for the coming years. It expresses the determination to actively preach the teachings of Christ, to firmly resist nationalist, racial, ideological and religious strife, to engage in dialogue with other faiths, “especially with Islam and Judaism.” The hand of Metropolitan Kirill (Gundyaev) is very tangible in the text. Thus, references to the fact that “the principle of secularism of the state is unacceptable to understand as a radical expulsion of religion from all spheres of life”, or that today “only an economy that combines efficiency with justice” is viable, repeats the provisions of a number of documents almost word for word developed under the direction of Bishop Cyril in the Department for External Church Relations. This indirectly indicates the growing influence of the Russian Orthodox Church in the Orthodox community.

The echo of the recent heated discussion about the relationship between science and religion was also voiced in the document: “The Orthodox Church is alien to the desire to take under its guardianship the development of scientific research and express its position on any scientific problem. At the same time, Orthodoxy notes the dangers that lurk in certain scientific achievements. ” The church position on issues of marriage and family is quite tough. The assessment of the current economic crisis as a consequence of the egoism of moneybags is given …

If it is difficult to predict how the majority of the provisions of the “Message” will respond in the future, then one point may bear fruit in the near future. It is about the support of the participants in the meeting “the position of the Russian and Georgian churches during the recent conflict and their fraternal cooperation. Thus, both churches performed the duty of serving reconciliation, ”the document says. This means that Abkhazian and Ossetian priests, persistently asking in the Russian Orthodox Church, lost their last hope. After all, the only alternative to the Moscow Patriarchate for them was Constantinople. Having signed this paragraph with their signatures, Bartholomew I and Alexy II concluded a pact on mutual non-interference in Caucasian affairs.

And finally, the super-task solved in Istanbul. In the “Message” not a word is said about relations with the Vatican. This, coupled with the solidarity that was demonstrated during the meeting, testifies: universal Orthodoxy seeks to gain a second wind, claiming the main role in the “baptized world.”

The Russian Orthodox Church on Saturday during a meeting of the Central Committee of the Conference of European Churches (CEC) announced the suspension of its membership in this organization. As Interfax was informed in the Department for External Church Relations of the Moscow Patriarchate (DECR), the reason for this decision was an unreasonable, contrary to the KEC Constitution, unwillingness to consider the application for membership of the Estonian Orthodox Church, which is a self-governing Church within the Moscow Patriarchate. The DECR recalled that in November last year, the CEC accepted an application for membership from the so-called Estonian Apostolic Orthodox Church (EOCC), which is part of the Patriarchate of Constantinople, but is not recognized by the other Orthodox churches. At the same time, KEC instructed its Secretary General to study the question of the compliance of the Estonian Church of the Moscow Patriarchate with the criteria for membership in the Conference. 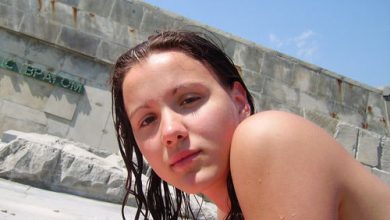 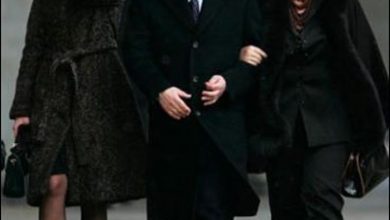 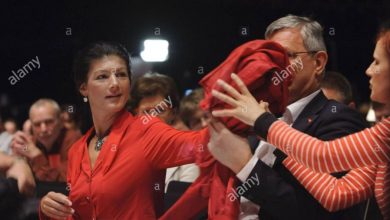