In Strasbourg, the first session of the European Parliament in a new composition began, which was attended by 736 deputies representing voters from 27 European countries.

Berlusconi and Tarand are the most popular

The composition of the EU’s largest authority, directly representing voters, has changed by almost half. 50.14% of the deputies of the previous convocation will continue their work in the EP.

The youngest MEP was 25-year-old Danish Emile Turunen, the oldest – 81-year-old Italian Chiriaco de Mita. As a result of elections in the EP, the number of women increased slightly – 35.33% instead of the previous 31.21%. Finland is the leader in this indicator, 61% of the deputies are women. Only men were elected from Malta.

Most of the “pluses” in the elections of the European Parliament received the infamous Italian Prime Minister Silvio Berlusconi. 2.7 million Europeans personally voted for him. In percentage terms, the most popular is Estonian Indrek Tarand, who was supported by 25.81% of voters who participated in the elections in this country (102 520 people).

Following the results of elections in the European Parliament, it is planned to form seven factions. The largest of them will again be the Group of People’s Parties (Christian Democrats), which can include 265 people. Followed by the Alliance of Socialists and Democrats (184), the Union of Liberals and Democrats (84), the Greens / European Free Alliance (55), the Conservatives and Reformists (55), the Joint Left / Green Left Forces of the Nordic Countries (35), Europe of Freedom and democracy “(Eurosceptics, 30). 28 politicians plan to work outside the factions.

As you know, eight deputies were elected from Latvia to the European Parliament. Sandra Kalniete, Inese Vaidere (both GS) and Krishjanis Karins (JL) will join the People’s Party faction, Alexander Mirsky (TS) will join the socialists, Ivars Godmanis (LPP / LC) – to the liberals, Robert Zile (TB / DNNL) – to conservatives, Tatyana Zhdanok (ЗаПЧЕЛ) – to the Free Alliance, Alfred Rubiks (ЦС) – to the united left (communists). In case of entry into force of the Lisbon Treaty, the number of representatives of Latvia will increase by one deputy. Then the mandate in the European Parliament will also receive Karlis адadurskis (GS).

At the first meeting, the political structures of the EP will be formed and their leaders appointed. The President of the European Parliament elected Pole Jerzy Buzek. He became the first head of the EP representing the countries of Eastern Europe. The deputies will also discuss the results of the Czech presidency in the EU, a new work plan, as well as the situation in Iran, China and Honduras. Then the composition of parliamentary committees will become known.

Simultaneously with the start of the EP’s work, a new Regulation on deputies of the European Parliament comes into force, according to which all 736 deputies receive the same salaries, pensions and medical insurance. Before, deputies received different salaries – each from the budget of their country. Now all deputies will receive 7,665 euros per month before taxes, that is, 38.5% of the salary of a judge of the Court of European Communities. They will pay income tax to the EU budget. In this case, the participating countries will be able to tax the salaries of their deputies and other taxes.

Now, deputies will be paid only for actual travel expenses, although earlier they received compensation at certain rates. The system of remuneration of assistants to deputies will be streamlined. In addition, deputies are now prohibited from accepting close relatives as assistants.

Recall that the European Parliament began its work in 1957. At first, EPs were appointed by the national parliaments of the participating countries, but in 1979 a general election system was introduced. Thus, this year marks the 30th anniversary of the introduction of the EP general election.

The European Parliament is the only EU institution to be elected directly by voters. The number of representatives of each country depends on its population.
The European Parliament carries out legislative functions together with the Council of the EU, where the governments of the participating countries are represented. In many areas, the principle of collaborative solutions applies. It is interesting that the EP does not have the right of legislative initiative, that is, the deputies only consider the proposals of the European Commission. In addition, the European Parliament regulates such areas as agricultural policy and ensuring free competition.

The structures of the European Parliament are located in Belgium, Luxembourg and France. Plenary meetings are held in Strasbourg and Brussels. 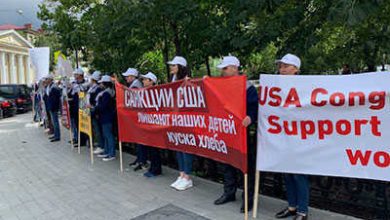 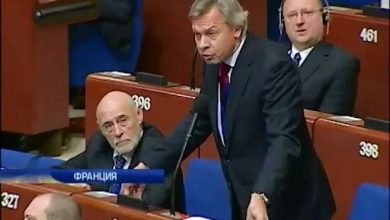 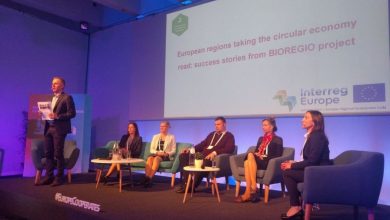