The minimum monthly salary in the countries of the European Union in January 2013. In parentheses are the sizes of the minimum wage in 2012 and at the beginning of the crisis of 2009.

It is not difficult to notice that the difference in the minimum wage in the maximum (Luxembourg) and the minimum value (Romania) is a multiple in the European Union. Six EU countries have a minimum wage of over € 1,000, while the other nine have less than € 400. At the end of 2012, a correction of the minimum wage was carried out in many EU countries. It is not difficult to notice that in the upper group everything remained without significant changes. In the middle of the list, only Malta was able to increase its minimum wage by € 22. In the bottom nine, “Baltic tigers” set only records – Estonia (increase of € 30) and Lithuania (increase of € 57).

It can be stated that, in general, the EU detects stagnation by such an indicator as the minimum wage. For 2012, the minimum wage was significantly reduced only in Greece – by 22% from March 1, 2012.

In the EU, France, Greece, Portugal, Spain, Belgium, the Netherlands and Luxembourg have a long tradition of using statutory minimum wages. Great Britain and Ireland established this social institution only in the 90s of the twentieth century. The amount of the minimum wage does not include taxes and social security contributions. EU countries such as Austria, Germany, Denmark, Italy, Cyprus, Finland and Sweden do not have a formal minimum wage. The lower wage limit in these countries is governed by collective bargaining agreements. In Germany, earnings vary by region and sector of employment. Outside the EU, there is no minimum wage in Switzerland, Norway and Iceland.

The minimum wage must also be correlated at purchasing power parity (PPP) with the cost of living in a particular country. The cost of the same product may vary many times in different European countries.

A few weeks ago, the then Chairman of the Eurogroup – the Council of Ministers of Finance of the Eurozone countries, Jean-Claude Juncker, proposed to establish a common minimum wage for the EU countries, as a measure of solidarity to maintain the “social dimension of the European Union.” According to Juncker, without this measure, the EU risks “losing the support of the working people.” It remains unclear how this can be done with the existing EU distinction between North and South, West and East.

Eurostat released data on minimum wages in the EU 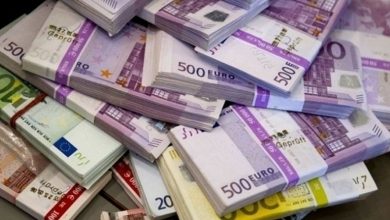