The EU Winter Summit opened yesterday in Brussels. It focuses on two main topics: anti-crisis measures and the implementation of the community environmental program. In a crisis, one is difficult to combine with the other. Therefore, the head of the EU Commission, Jose Manuel Barroso, called it the most important summit for the entire period of his tenure.

The anti-crisis package of measures estimated at EUR 200 billion, presented by the European Commission, is called upon to become the EU’s political visiting card in the fight against the crisis. Brussels itself allocates only 30 billion euros for these purposes, and the rest of the package is made up of the cost of national programs of EU members.

The leading EU countries – France, Great Britain, Germany, Italy – seek not to advertise their differences and even more avoid recognizing the facts of selfish behavior in times of crisis. Almost each of them singles out their own program as a panacea for financial and economic ills. British Prime Minister Gordon Brown called on the eve of the summit his government’s measures of salvation for the world, causing laughter in parliament.

But Western economists doubt the adequacy of national measures, and even more so in the EU. The EU leaders failed to persuade Germany to fork out even more, having increased their share in the euro package. Federal Chancellor Angela Merkel has shown character, for which her opponents in the EU call her now Madame No. But the summit will not save Berlin from further pressure from partners to push it to larger-scale measures to accelerate the German locomotive of the EU economy.

The most difficult question now in Brussels is how to deal with the EU expanded program on climate protection adopted last year. Recall that the “Plan 20–20–20” provides for a reduction by 2020 of greenhouse gas (GHG) emissions by 20% from the 1999 level. The share of biofuels and renewable energy sources should increase by the same percentage in the energy balance, and energy consumption, on the contrary, will decrease by 20%. It was seen and praised as a kind of EU pilot project for the whole world. Its main initiator was Angela Merkel, but now she, going to the summit in Brussels, said she would not agree with any measures to protect the climate if they lead to the loss of jobs.

As you know, the financial crisis has grown into an economic one. Under these conditions, the requirements of the EU environmental plan have become a matter of life and death for entire industries. And not only for the automotive industry, but also metallurgy, chemical and cement industries, and in Poland – especially for coal-fired power plants. Apart from the annual cost of the EU program of about 60 billion euros, many of its ambitious requirements, including the timing of execution, come into insoluble conflict with the urgent task of saving the real economy.

The debate in Brussels is about concessions in the implementation of the “Plan 20-20-20.” Even before the summit, a compromise was reached on a three-year extension of the transition period for car factories to produce only environmentally friendly cars. Now this line is designated 2015. A sharp conflict of interest is accompanied by the question of the allocation of free carbon credits for carbon dioxide emissions, as well as the sale of carbon credits for carbon dioxide emissions to violating enterprises. In order not to lose the competitiveness of the most energy-intensive sectors of her economy, Merkel even teamed up with Italian Prime Minister Silvio Berlusconi in demanding to free these industries from billions of dollars in environmental certificates. These disputes are so complex that the summit participants do not exclude that the search for a compromise will drag on until Saturday morning.

EU leaders are trying to prevent the decisions of the climate summit from being perceived in the world as a departure from the 2007 program. Especially on the other side of the Atlantic. The fact is that US President George W. Bush has blocked international climate protection solutions acceptable to Europe, while President-elect Barack Obama, on the contrary, promises the world “new cooperation in climate protection.” This could be a problem between the EU leadership and the new US administration.

With Russia, at least in this matter, it’s easier so far. The problem of reducing greenhouse gas emissions is considered in the framework of the EU – RF energy dialogue. Just this week, as the European Commission’s representative office in Moscow reports, it is launching, together with the RF Ministry of Economic Development, the second project aimed at combating emissions and stimulating energy conservation. 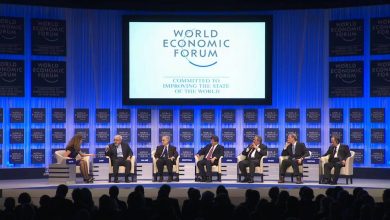