The EU Summit in Brussels supported the idea of reducing the value added tax for goods and services in the EU. This norm is included in the draft final document of the meeting, chaired by French President Nicolas Sarkozy.

It notes that each of the EU countries may, at its discretion, take appropriate decisions aimed at stimulating economic growth.

Until today, Germany as a whole has not supported the idea of ​​reducing VAT as one of the main measures to combat the current economic downturn. However, today, according to diplomatic circles, Berlin agreed that each individual EU member country may, at its discretion, review the amount of VAT.

Last month, Great Britain became the first EU country to cut its VAT rate. By a government decision led by Gordon Brown, the rate was reduced by 2.5% to 15%. It was pointed out that this measure is “emergency” and “temporary”.

According to Nicolas Sarkozy, during the summit, it was decided to direct 1.5% of EU GDP, which amounts to 200 billion euros, to stimulate the EU economy.

According to the President of France, the participants in the meeting did not disagree on the need for urgent measures to solve the problems associated with the current economic crisis regarding the implementation of a number of provisions of the Euro Zone Stability Pact.

“The deficits of state budgets will grow, since we are in extreme economic circumstances. As soon as the crisis is over, we will return to stable state budgets,” Sarkozy said.

Merkel and Berlusconi defended the interests of industrialists

Germany and Italy managed to achieve significant changes in the mechanism of allocation and financing of quotas for greenhouse gas emissions under the new EU climate protection program. After persistent efforts, Berlin and Rome managed to make concessions that protect the business interests of major European energy companies, as well as heavy industry.

France, initially chairing the current summit, proposed introducing auctions for greenhouse gas quotas for all EU companies by 2020. Moreover, quotas should, according to the plans of Paris, be sold for money.

However, after a stubborn struggle, German Chancellor Angela Merkel, with the support of Italian Prime Minister Silvio Berlusconi, was able to convince the summit of the need to protect the competitiveness of the heavy industry of the European Union and to achieve inclusion in the final document of the norm, according to which only up to 70% of quotas will be sold to EU companies for money. The rest will, as is done today, be provided to companies for free.

At the same time, European corporations, including energy, will have the opportunity to raise prices for electricity and fuel, depending on the market price of these quotas.

According to journalists working at the summit, Angela Merkel arrived in Brussels in the most decisive mood to defend the interests of German industry, which is the world leader in terms of exports. This determination was emphasized by the bright red dress in which Merkel appeared in the conference room of the heads of state and government, causing general attention.

The adoption of a new program to protect the Earth’s climate is one of the main issues at the current summit. The decision that by 2020 the EU countries should reduce the volume of greenhouse gases emitted by their industry by 20% compared with the level of 1999, was taken as a whole more than a year ago.

The volume of industrial production in the eurozone in October fell by 5.3% year on year, which is the maximum decline since July 1993, Interfax reports citing data from the Statistical Office of the European Union.

According to revised data, in September industrial production fell by 1.8%, rather than 1.6%, as previously reported.

Economists at Unicredit MIB and the ING Group this week lowered their forecast for economic growth in 2009 – despite the fact that the ECB lowered its base interest rate by 0.75 percentage points to 2.5% from 3.25% per annum. A recession has begun in the eurozone economy, industrial production and consumer confidence are declining, Unicredit analyst Aurelio Maccario said.

“The recession is so deep that we quickly ran out of expressions and metaphors to describe the situation,” added Macario. “The chances of positive developments next year are very vague.”

Europe has found a way out of recession 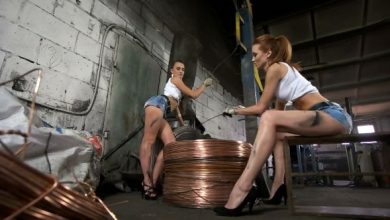