The Old World sets a new record for job cuts

Unemployment in the euro zone rose to a new record in November, according to recently released data. The troubles of 17 countries of the single currency space have already reached the most stable economy of the continent – Germany.

Frenchman begging in one of the central streets of Paris

The EU unemployment rate, according to the latest Eurostat data, the statistical agency of the European Union rose to a new high – 11.8% in November 2012 compared to 11.7% in October. If we transfer these percentages to the number of jobs, then about 18.8 million people in the EU remained unemployed in November, which is 2 million more than a year earlier.

Spain, suffering from the collapse of the real estate bubble and trying to cope with austerity measures, showed the highest unemployment rate of 26.6%. Greece, a country in a debt crisis, comes next with 26%. The lowest rates are now in Austria – 4.5, Luxembourg – 5.1 and Germany – 5.4%.

It is of concern to experts that an already enormous share of unemployment among young people (of the able-bodied population under the age of 25) is increasing. So, in November, this indicator in the EU amounted to 5.8 million people, which is 420 thousand more than a year earlier.

Germany over the past three years has given the necessary impetus to maintain the European economy as a whole, thereby proving its resilience to the crisis. The Germans managed to keep this stability mainly due to export.

But earlier this year, the Federal Statistics Office in Berlin said German exports in November fell 3.4%. The total decline in German exports compared to May last year is estimated at almost 4%.

Orders for German production, according to the Ministry of Economy, also fell in November amid weak demand from the eurozone.

Carsten Brzeski, an ING economist, writes in an explanatory note to the statistics that negative forecasts were confirmed – export from the growth driver turns into its brake.

In a separate report, Eurostat showed that retail sales fell 2.6% in November compared with the same period in 2011, but 0.1% higher than revenue for October last year.

The European Central Bank is preparing to announce new interest rates this week. Despite a sharp drop in the bank lending sector, some analysts suggest that the ECB may take new steps to stimulate the economy.

Like colleagues in the US, Japan and the UK, the eurozone’s monetary authorities have already allowed banks to borrow as much as they want. Mario Draghi, head of the ECB, promised to do everything necessary to ensure the stability of the euro, including, if necessary, buy sovereign bonds in Spain and Italy to keep their value at an acceptable level.

The actions of the central bank calmed the markets. The European Commission reported that economic sentiment in the eurozone improved in December by 1.3 points, to 87.0.

“Economic sentiment in the eurozone has improved among consumers and in all sectors, with the exception of retail,” the commission said.

Europe also received a confidence vote from Tokyo earlier this year when Japanese Finance Minister Taro Aso announced that his country would buy bonds of the European Stability Mechanism, The Euro zone bailout Fund, as well as euro sovereign debt.

“Financial stability in Europe will contribute to the stability of exchange rates, including the yen,” said Aso.

However, rising unemployment may require EU governments to tighten the economy, according to the International Monetary Fund. In France, for example, President Francois Hollande earlier promised to expand labor market markings. 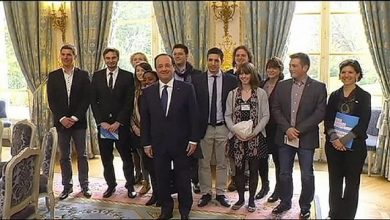