July 28, 1914 the official date of the beginning of the First World War, which in the Russian Empire was called the Great Patriotic War. The culprits of the war are usually the Austro-Hungarian and German empires, and it is customary not to mention participation in the unleashing of special services of Russia.

Moreover, one of the six arrested participants in the assassination attempt on Archduke of Austria Ferdinand admitted that it was organized with the assistance of the Government of Serbia. Suppose the Austrians knocked out recognition, but in 1925 the anarchist Viktor Serge conducted his investigation, meeting with former conspirators in Yugoslavia. They claimed that the assassination was organized by the Colonel of the Serbian army and its military intelligence chief Dragutin Dmitrievich, in agreement with Viktor Artamonov, Russia’s military attache in Belgrade, who promised support for Russia and financed the operation. This was also confirmed by the former Serbian military and diplomats. V. Serge published the results of his investigation in the Parisian Clart magazine and mentions it in his book From the Revolution to Totalitarianism. Memoirs of a Revolutionary. ” The conclusion about the involvement of Russian special services in the killing in Sarajevo was also made by the Italian journalist Luigi Albertini, who conducted his own investigation in the 1920s.
Both of these investigations do not remove responsibility from all the ruling circles of European countries for the preparation of the First World War, but they testify: the “trigger” of the war was pressed by the “playing” Russian special services. Russia also planned a redivision of the world, dreaming of the “return” of Constantinople, moving to the Balkans and Turkey.

Exactly one hundred years later, we see a similar “game” of the Russian special services launched by the operations “Return of the Crimea” and “Russian Spring”. The failure of both special operations, and the operation “return of Crimea” should be recognized as a failure, since the annexation of Crimea was not recognized by Ukraine and the international community, entailed a series of new special operations designed to secure Crimea for Russia. Among them are regular shelling by DPRK rockets of the Sea of ​​Japan, begun since the invasion of Crimea, and reinforced by violations of the Japanese air force by the Russian Air Force. The purpose of this operation is to force Japan to abandon support for Ukraine’s demands for the return of Crimea.

This is followed by the invasion of Iraq by the Syrian Army of the Liberation of the Levant and Iraq, designed to keep the drop in world oil prices, organized by the United States and Saudi Arabia. Its continuation is the current military activity of Hamas against Israel, which creates a wide hotbed of tension in the Middle East.

In June-July, two new special operations are launched. The “Uzbek battalions” and the Taliban are stepping up their activities in Pakistan and declaring a “war to a bitter end” to his government as apostates from Islam, by which Russia intends to redirect the movement of Islamists from Afghanistan from Central Asia and Kazakhstan to Pakistan, away from its borders. During the same period, military incidents on the border of Azerbaijan with Armenia are becoming more frequent in order to tie Armenia to Russia and neutralize Azerbaijan as much as possible, where the local Communist Party begins to actively play the role of the “fifth column”. To keep Kazakhstan in the sphere of its influence in Russia, “preventive” statements are made that part of the territory of this country is “original Russian lands”.

So the Russian special services in exactly the centenary of the First World War drive the world into a new world war, which they started in Ukraine, and which, according to old patterns, strive to call the new great and domestic. In this regard, it would be nice for everyone who is looking for a new world government eager for global domination to look at the Kremlin as one of its possible addresses.

But contrary to the Kremlin’s confidence in the omnipotence of its special services, they are not omnipotent, as the current situation in the Donbass shows. “Russian Spring”, although it flooded Ukraine with blood, but failed, and did not reach the goal, except for the ruin of the Donbass. There was not even a mass exodus of Donbass residents to Russia, which is what the Kremlin hoped so much for. Moreover, by July 11, it became obvious that the army of revolutionary Ukraine in a period of about two weeks was able to close the border, divide pro-Russian military groups in Donetsk and Lugansk, demoralize them and eliminate them without heavy losses on both sides. The realization that the “Russian spring” was about to fail completely forced the Kremlin to go over to an undisguised military invasion, obliging the army to save the special services from failure.

The invasion began with shelling from the Russian side of the Ukrainian army camp near Zelenopolis, whose inhabitants were saved from the deadly “brotherly greetings” from Russia only by the fact that the Ukrainian military was located in the field, and not in the village. This was followed by massive invasions of tanks and other armored vehicles with Russian flags on the territory of Ukraine, designed to prevent the closure of the border and thwart the Ukrainian army’s attack on pro-Russian terrorist groups. The latter actively stormed the airports in Lugansk and Donetsk to create a bridge for air communication with the Russian invading army. The Kremlin partially managed to implement this plan by July 13: the border remained “full of holes”, and the Ukrainian army was unable to implement its plan of encirclement and coercion to surrender groups of Russian mercenaries in Donetsk and Lugansk. But it became completely obvious to everyone – the Russian army began an open invasion of Ukraine.

This was the initial drawback of this plan – the “rude” army cannot cover up the “delicate work” of the special services. Realizing it, the Kremlin won tactically, but strategically lost, because it understood, and therefore organized a shelling with victims in the city of Donetsk in the Rostov Region in order to include diplomatic cover. Now Lavrov will declare that Ukraine does not control its territory, from which civilians are dying in Russia and demand from the UN a mandate to send the Kremlin “peacekeeping troops” to the Donbass. More precisely, the mandate for the occupation of Donbass. Putin personally engaged in the special operation to obtain this mandate by bribery in his voyage to Latin America. The most affected residents of Rostov Donetsk were not lucky that their city was also called Donetsk, as in Ukraine, and therefore was chosen for this special operation. They may be comforted that they suffered for the “Russian spring” and a great power, for which they should now not be offended.

The Kremlin and its special services are self-confidently playing out the plan of a new world war in the first century, believing that now Germany is on their side thanks to the gas pipe, and French socialists, capitalists and nationalists can be trivially bought for cash. But Mr. Putin, like not so long ago Yanukovych, did not take into account that the one who sows the wind will reap the storm. The new world war unleashed by the Kremlin will not only bury its beginners, but will also cost the Russians dearly. 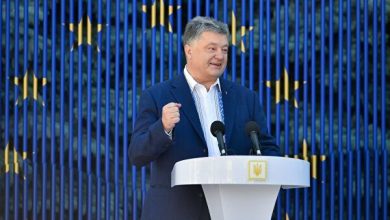 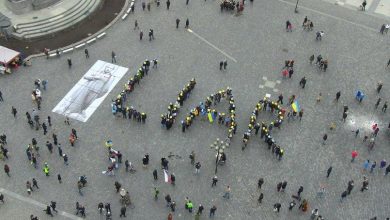 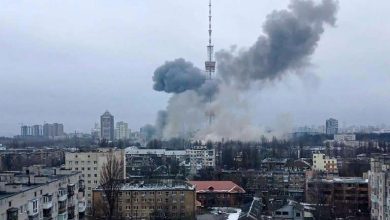 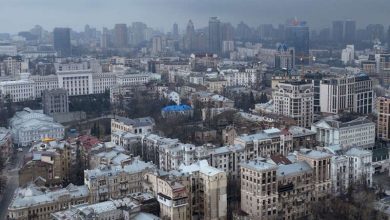