Duncan Laurence from the Netherlands won the Eurovision Song Contest 2019 in Tel Aviv. He performed the ballad Arcade and received 492 points. In second place is Alessandro Mahmoud from Italy, who performed the song Soldi, he has 465 points. On the third – Sergey Lazarev from Russia, who performed the song Scream, he has 369 points. The national juries of the participating countries preferred Sweden and Northern Macedonia.

The jury representing Belarus was removed from the ballot. The European Broadcasting Union has confirmed the cancellation of the participation of judges from Belarus in the final of the competition. The jury was punished for premature disclosure of the name of the performer, to whom the experts cast their ballots during the first semi-final of Eurovision. This is contrary to the rules of the competition, according to which these data can only be released after the final. Only points from viewers from Belarus will be counted at the competition.

In the final of the Eurovision Song Contest-2019 in Tel Aviv, Madonna first appeared on the stage as a guest star. She introduced the new single Future, created in collaboration with rapper Quavo. Madonna sang her long-time hit Like A Prayer – in honor of the 30th anniversary of its release in 1989.

Eurovision Song Contest 2019 is called the most controversial in the entire 64-year history of this most popular pop music show. The start of surprises was laid a year ago in Lisbon, when the winner of the contest, Israeli Neta Barzilai, stepping on the stage with a glass trophy, screamed that Eurovision-2019 would be held not just in Israel, but in Jerusalem. On that very day, the United States pointedly moved its embassy from Tel Aviv to Jerusalem.

The current competition, as noted by visiting guests, is characterized by high prices for tourist packages. Israeli publications claim that this package is three times more expensive than last year’s Portuguese package similar to it.

The European Broadcasting Union, the organizer of Eurovision-2019, has reviewed the results of the contest and redistributed the points that the participants received. This decision was made due to an error in scoring, the union said in a statement.

The redistribution of points did not affect the final three winners:

In addition, the organizer of the contest dismissed the professional jury representing Belarus, as the jury members revealed the results of their voting in the first semi-final, and this contradicts the rules of Eurovision.

“In the standard practice of checking the results of the competition, we found that due to human error, the wrong aggregate result was used,” the EMU statement said. “This did not affect the calculation of points received as a result of televoting in 41 participating countries, as well as the overall winner.”

The revision of the amount of points led to a change in the list: Sweden rose from sixth to fifth place, ahead of Norway, Northern Macedonia came out in seventh position, displacing Azerbaijan from it, Belarus rose to 24th place, ahead of Germany.

The winner of the Eurovision Song Contest is determined by summing up the points received by the participant from the professional jury and the points obtained by voting the viewers of the countries participating in the competition.

In the final of the competition, due to the disclosure of the ratings, the Belarusian jury was disqualified; instead of its ratings, the average points of the contestants given by the EMU were used in the calculation. The organizers have revised the accrual of these points.

Cyprus representative at Eurovision 2018 Eleni Fureira (Ελένη Φουρέϊρα) entered the Eurovision 2019 stage in Israel and shocked everyone with the performance of the song “Sieben-Sieben, Ai Liu-Liu” by Verka Serduchka.

The organizers of Eurovision 2019 gave the audience a real surprise! Some of the winners of the most spectacular artists in the history of the international song contest were invited to the stage and exchanged songs.

Eleni Fureira, a participant in the music contest in 2018 and seductive representative from Cyprus, lit the audience with the song “Sieben-Sieben, Ai Liu-Liu”, and Verka Serduchka sang the song Toy Netty Barzilai.

Eleni Fureira in a transparent bodysuit on her divine body performed Verka Serduchka’s song “Dancing Lasha Tumbai”, with which a participant from Ukraine performed in the competition in 2007. 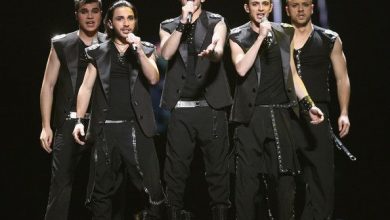 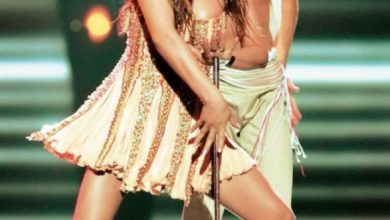 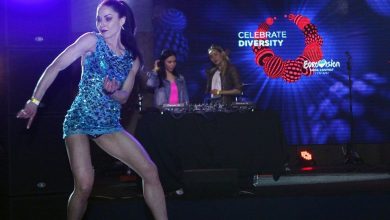 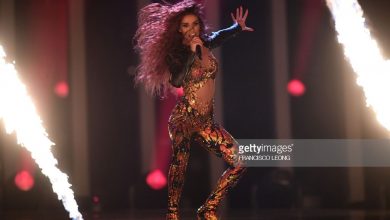