The main international theme of the summit of the EU countries that ended in Brussels has remained unresolved: the participants in the meeting did not come to a conclusion on whether to recognize the possible independence of the province of Kosovo without a UN Security Council resolution. The final statement does not even mention the term “independence,” however, it is noted that the current situation in the region cannot remain unchanged.

As a contribution to the solution of the Kosovo problem, the EU countries decided to send a mixed mission of police and lawyers to the region.

Jose Socrates, Prime Minister of the EU Presidency of the EU, considers the decision “a clear confirmation of the EU’s readiness to lead the debate on the Kosovo problem, to take a lively part in the development of the region.”

At the same time, in the final statement, the summit participants propose speeding up the process of European integration of Serbia, urging Belgrade to fulfill the entry conditions as soon as possible. There is no direct connection between Serbia’s admission to the EU and Kosovo’s secession, but observers tend to interpret this as a kind of exchange.

French President Nicolas Sarkozy outlined the connection: “It is clear that Serbia cannot be avoided to solve the Kosovo issue. If we assume that Kosovo’s independence is inevitable, then, without saying anything to Serbia, we can mitigate sharp corners?

The diplomatic efforts of the French leader in Belgrade did not appreciate:

“The government does not see an opportunity to connect issues about the future status of Kosovo and European integration. We simply do not discuss such deals,” said Vuk Jeremic, the head of the Serbian Foreign Ministry. The province of Kosovo, populated mainly by Albanians, accounts for approximately 15% of the territory of Serbia. Since 1999, the region has been under the protectorate of the United Nations, not abandoning attempts to achieve independence from Serbia. Negotiations between Pristina and Belgrade with the participation of international mediators did not lead to concrete results: Kosovo does not hide the fact that it is preparing to declare independence unilaterally. 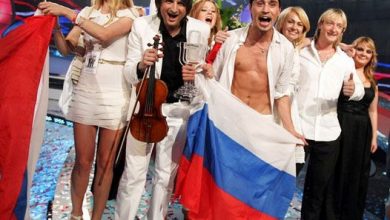