European stock markets for the first time in a week are close to closing in positive territory. The reason for investor optimism was the agreement reached by eurozone countries on coordinated efforts to support the EU financial sector. So far, the terms of the agreement are not known in detail, and the action plans of individual countries are just beginning to be revealed, but in terms of volume it will be the most powerful one-time intervention of European countries in the economy after the Second World War. Even the US “Paulson plan”, which provides for $ 700 billion to save the US economy, has been less ambitious.

Until last weekend, Europe, as a whole, did not counteract the crisis, if we exclude regular injections of liquidity from the European Central Bank. Instead, individual countries have taken sporadic measures to rescue their financial institutions. Great Britain, Belgium and the Netherlands nationalized several banks at once, one step away. In turn, Ireland guaranteed payments on all deposits at its banks, and after some thought, other European countries followed.

The United States, by contrast, acted decisively and aggressively. Economists often oppose “socialist” Europe and “capitalist” America, bearing in mind the much less state involvement in the economy overseas, but in the current crisis, stereotypes had to be dropped. The US government, without hesitation, nationalized the largest insurer AIG, organized several acquisitions of fragile banks, and then adopted a plan to support the national economy for a total of $ 700 billion.

This was not the end of the matter: last week the Fed announced that it would directly support US corporations by buying up their short-term bonds. The US economy has not received such support from the state since the time of the Great Depression. This fact itself indicates that the authorities are extremely alarmed by everything that happens in the markets.

The total losses of European financial institutions from the credit crisis reached 226.5 billion dollars. Worldwide, banks wrote off 635 billion. The main victims of the crisis in Europe were Fortis and UBS banks.

No one doubted that Europe would sooner or later try to do something similar. However, the EU, with all the integration of recent years, is still not a single power, but the political and economic bloc of countries, so the process of making key decisions there is not as fast as in Japan, Russia or the United States. Observers were most afraid that the leaders of individual states would begin to blame each other for the crisis, and a shaft of mutual “assaults” would lead to a breakdown in negotiations. This happened during the Doha round of the WTO, for example. But the EU turned out to be a more cohesive organization, and countries were able to find a common language among themselves. So far, however, they only managed to reach an agreement on a plan of joint action to overcome the crisis within the eurozone.

Unlike the US Federal Reserve, the European Central Bank does not have the right to buy securities of companies. Therefore, the program will operate decentralized. Each of the countries participating in the euro area will decide for itself how much it will spend on supporting the financial market and the economy as a whole.

These amounts will vary depending on the size of the economy of a state. So, Germany has already promised its companies and banks about 500 billion euros (680 billion dollars). This is almost as much as the US allocated. However, this amount does not take into account the already issued stabilization loan to Hypo Real Estate mortgage bank, which amounted to 50 billion euros. Of this half-trillion, 80 percent of the funds will go to state guarantees for loans issued by banks, especially mortgages. 80 billion will be allocated for the recapitalization of troubled banks.

In Spain, the government will allocate 100 billion euros to support the interbank lending market. Note that while Spanish banks are surprisingly stubbornly fighting the crisis, even claiming to buy assets abroad, including in the UK and the USA (Spain was considered one of the most sensitive countries in the eurozone by crisis). Neighboring Portugal, the poorest state in Western Europe, allocates 20 billion euros to save its financial market. The remaining countries will decide on their contribution to the pan-European economic ambulance this week.

In the UK, which is not part of the eurozone, the amount of state support is much less so far than in other countries. Last week, the government announced it would allot about £ 50 billion to partially nationalize banks. Note that the British government has not yet provided state guarantees for all bank deposits, unlike most other Western European countries.

The market has revived

The volume of state aid to banks in Europe is unprecedented. Even in the most severe times of the crisis of the 70s there were no such injections into the financial system. Right now, however, it was not the specific numbers that were more important, but the Europeans’ ability to work together in extreme conditions, which some experts raised doubts.

Successful negotiations of the eurozone countries have had a powerful psychological effect on European stock markets. By the middle of the session on October 13, the French and German stock indexes rose significantly, adding 7-7.5 percent to the level of the previous close. Prior to this, news of the agreement made the best impression on Asian markets, whose quotes jumped 3-8 percent. IMF chief Dominic Strauss-Kahn said in general that the peak of the crisis has already passed. However, similar statements were made earlier.

An alarming symptom may be the fact that the barometer of the state of the global financial system – the LIBOR interbank lending rate for dollar loans with a maturity of three months – fell by only seven hundredths of a percentage point compared to the previous indicator. This shows that if the level of trust within the banking system has grown, it is very slightly. However, the President of the European Commission, Jose Manuel Barroso, immediately warned that no immediate effect should be expected, since the money will go into the system only a few weeks after the adoption of all formal decisions.

Most experts are confident that the pan-European plan should work, although they leave little chance of a negative scenario. For example, Deutsche Bank economist Stefan Bielmeier said in an interview with Bloomberg that lending rates should fall during the week. “But if these measures do not help, then the eurozone, I’m afraid, faces a future in the form of a peach.”

There is another danger, which is now preferred not to be mentioned. To the states, all these actions will cost a pretty penny, and since the Europeans do not have reserves that can be thrown onto the market, they will have to borrow funds on the side. Government bonds of most countries are now in favor due to the fact that all other securities are much less attractive, but this means an increase in public debt. At the beginning of 2008, the ratio of national debt to GDP in Germany was 64.9 percent, in Belgium – 84.7 percent, in Greece – 89.5 percent, and in Italy – 104 percent. A sharp increase in borrowing may weaken the position of some states as debtors. This will introduce an element of instability in the state of the euro zone, which depends on the financial situation of each individual country. But the real threat now certainly outweighs the potential in the future. 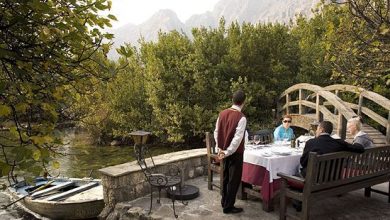 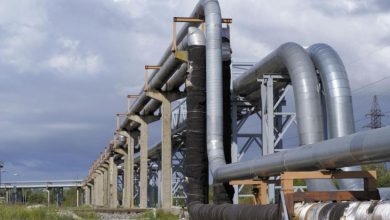 Gas to Europe bypassing the Russia

Debt crisis could become a bone of contention for Europe 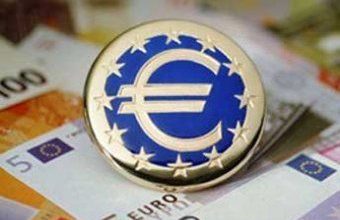