Experts say youth unemployment is one of Europe’s most acute and serious social problems.

The economic crisis that began five years ago has destroyed millions of jobs in the European Union. Those who graduated from school in 2008 should have entered the labor market today – but nowhere to go.

Eurostat, at the end of September, 26.8 million people were unemployed in the EU countries, almost 6 million of them were people under 25 years old. This is 23.5% of the working population of this age category. But if in Greece or Spain there is one in two (57.3% and 56.5%), then in Germany, for example, youth unemployment does not reach even 8%! For comparison, in neighboring France, in the second economy of the euro area, this figure is already three times higher – 25%.

After a meeting with French President Francois Hollande, the head of the Youth Confederation of European Trade Unions Thibault Weber said:

“We need more Europe, I mean, more social Europe, which takes responsibility in the social sphere and in the field of employment.”

The unemployed “lost generation,” as today’s European youth is often called, is fertile ground for right-wing and left-wing radicalism. In particular, the International Labor Organization devoted a special study to this in the spring. To a very small extent, the problem is solved by migration within the EU – the inhabitants of Southern Europe go to work in the more prosperous North.

France on Tuesday became the mistress of the summit on youth unemployment. EU leaders gathered in Paris just four months after a meeting with the same agenda was held in Berlin. However, European politicians did not propose any radical measures capable of resolving one of the most acute economic problems of the continent.

“If there are three words that are worth taking with you from this summit, then this is“ speed of action ”(because the situation is urgent); it is “solidarity” (because we cannot leave the young generation to the mercy of fate); and this is “quality” (because we have to offer jobs and education that match the challenges youth face). ”

The main content of the Paris summit, as Hollande’s advisers explained, is to stay in line with the decisions outlined in July in Berlin, namely, the organization of training at the workplace, support for small and medium enterprises and the creation of a career counseling system. At the same time, it was announced that the EU countries in the next two years will allocate 6 billion euros to combat youth unemployment.

“At the European level, there are no laws on the taxation of citizens seeking work in another EU member state. But there are national laws and multilateral or bilateral tax agreements between countries, although they do not cover all possible situations. Most of these agreements treat unemployment benefits as “other income” and are taxed only in the country of which you are a tax resident.

If you are in another EU country without working less than 6 months a year, most likely you will not be considered a tax resident of this country. In this case, your unemployment benefit may only be taxed in the country that pays it to you.

If you have been in another EU country for more than six months, you become a tax resident of that country and your unemployment benefit may be taxed. At the same time, in accordance with most bilateral tax treaties, if you maintain permanent housing and substantial personal and economic ties with your home country, you continue to be its tax resident. In this case, your unemployment benefit should not be taxed in another EU country.

To get more information, you need to familiarize yourself with the bilateral tax agreement, as well as the current national legislation of your country and the country where you would like to live. 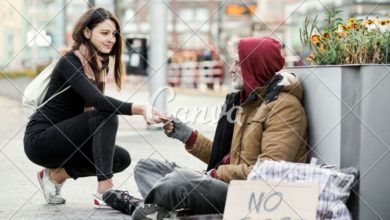