Brussels intends to seek the creation of a single European market for the online sale of music, films and games, but so far does not want to use legislative measures for this.

EU Commissioner for Media Communications Viviane Reding said the European Commission is going to encourage greater cooperation between rights holders in music, films and games with telecommunications companies and Internet service providers. According to Brussels, by joint efforts, participants in this sector of the web market should expand consumer access to potential goods through mobile phones and the Internet.

“We have to make a choice: do we want to have a strong industry of electronic games, music and film industry? And then we need to provide industry with legal guarantees, for creators of content – guarantees of fair remuneration, for consumers – guarantees of wide access to the whole variety of online content, ”said Commissioner Reading.

Today in Europe there are no uniform, sufficiently clear and consumer-friendly rules for the online trade in copyrighted goods.

If the growth rate of the online creative content trading turnover remains at the current level – and they most likely can only increase – then, according to Brussels, this sector of the market will “increase” in price by almost five times in the coming years: from 1 , 8 billion euros in 2005 to about 8.3 billion in 2010.

Progress in the online sale of films, music and games is hindered by the protracted conflict between the creators of this kind of content and Internet companies. They cannot agree, in particular, on a methodology for calculating compensation for copying copyrighted works.

And of course, the expansion of the Internet market is hampered by piracy, which still thrives in many EU countries, and the lack of pan-European rules and laws for the Internet space. 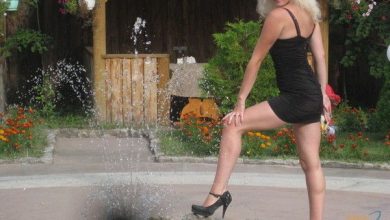 The best and worst real estate markets in Europe