Abroad will help us

Russians are increasingly investing in housing. And although many more continue to buy square meters inertia in Moscow, St. Petersburg and Sochi, more advanced fellow citizens invest in foreign real estate. Following France, Great Britain and the Czech Republic already mastered, it was the turn of Spain, Cyprus and the Balkan Peninsula. Not surprisingly, in many European countries housing prices are lower than in Russian cities with a population of over one million. But the quality is much higher, and mortgage schemes are much simpler and more liberal than those offered by banks in Russia.

Demand for foreign real estate is due not only to an increase in income and the availability of available funds. Buying a home abroad is both a way to ensure the safety of your savings from inflation, and a way to earn money. Elena Krylova, director of the Moscow office of Costa Real Spain, notes that housing maintenance costs in many European countries are much lower than in Russia. At the same time, the income from its rental, especially in the midst of the holiday season, exceeds similar Russian figures. The investment attractiveness of such acquisitions is high: according to Alexei Ostroborodov, Commercial Director of Interregional Development Company OJSC, in countries with developed economies, prices are rising by 10-15% per year. I agree with this assessment of the attractiveness of investments in foreign real estate and the chairman of the board of directors of SUIholding company Azariy Lapidus: “They are attractive both in terms of the growth of its value and in terms of the reliability of such investments. Mortgage programs available to foreigners, tax benefits, the opportunity to receive income from rental apartments, flexible acquisition schemes, for example, lease-back, allows you to pay for an apartment in 15-20 years, while using it part of the year for your own residence. “

In the UK, both country houses and small business class apartments are in demand. Bulgaria and Montenegro are open to buyers of economy class.

Europe is in no hurry to give up positions. Many investors tend to buy real estate in long-established European markets (UK, France, Germany), where “the growth in property value is not so high, but the degree of reliability of the investment itself is high.” Such acquisitions, Zavalishina is sure, will always be in demand and liquid in the future. Another incentive for buying residential real estate in Europe is the availability of mortgage loans, said Alexei Ostroborodov, Commercial Director of Interregional Development Company OJSC. Russian citizens show great interest in Spain. It is in this country that it is easiest to get a mortgage loan: it is enough for the borrower to confirm his income.

“Spain is the most attractive country in Europe in terms of lending when buying real estate by foreigners,” adds Elena Krylova from the Moscow office of the Spanish company Costa Real. “The lowest interest rates on loans, their long term and ease of obtaining make the purchase very tempting. Many Russians come by several once a year to relax, the rest of the time they rent out their housing. And rental income covers loan payments. ” Moreover, the annual increase in housing prices in the resort area of ​​Spain is 21% per year. And this trend, according to Krylova, will continue: after all, many Europeans, retiring, move to Spain because of the mild climate and clean, warm sea even in winter.

Experts see considerable potential in Portugal. The Russians have not yet discovered this country for themselves, although, according to Alexei Ostroborodov, the prospects for the residential real estate market in Portugal are quite high. Here, too, very low mortgage rates – the cost of servicing a loan is on average 4.7-5% per year.

Of course, a buyer of real estate in Western Europe will have to pay registration fees and transfer tax on the transfer of property rights, as well as pay property tax annually. The amount of these taxes depends on the country, but, according to experts, on average in the European Union the size of the first is about 7% of the price of the sold object, the second – 0.8%. In this case, property tax is not levied until the owner repays the loan. Even more liberal conditions in Eastern Europe. In Croatia, for example, real estate tax is not levied at all, while in Montenegro it is purely symbolic. Montenegro generally enjoys special interest among Russians. Until recently, the situation in this part of the former Yugoslavia was unstable, which frightened off potential investors. But now, according to the investment project manager of Sibprominvest CJSC, Maria Belyakova, the situation has fundamentally changed. Under the tutelage of the European Union, the country gained the opportunity to realize its considerable tourism and investment potential. At the first annual conference “Real Estate Market in the Adriatic Region – New Horizons” held in October 2007, Montenegro was recognized as the most attractive country for investment in Europe. In addition, the presence of real estate in one of the European countries simplifies obtaining a residence permit there, and this is another significant argument in favor of the purchase. Indeed, in this way a person, while maintaining Russian citizenship, without any visas can travel practically throughout Europe. “A residence permit in Montenegro can be obtained simply by having ownership rights,” says Belyakova.

In the province, by the sea

Wealthy Russians are willing to buy luxury housing in the “world capitals”, such as London or Paris. But most compatriots still strive for the sea. According to the chairman of the Board of Directors of SUI Holding Azaria Lapidus, the two-bedroom apartments in Mediterranean resorts with a spacious terrace and good views are most in demand. For living, they are used for vacation and vacation, and the rest of the time they are rented out. The price also speaks in favor of the sea coasts: for example, if in Paris the average cost per square meter is 6128 euros, then in Cannes – 4581, and in Marseille – only 3035 euros. However, according to Natalia Zavalishina from MIEL Holding, Montenegro, Bulgaria, Cyprus and Spain remain the trends of 2007-2008 and the “main directions of mass purchases”: “Montenegro and Bulgaria are close to Russia by religion, language and mentality, Cyprus attracts With its geographical location, tax benefits and a good climate, Spain makes it possible to feel like a European in the full sense of the word, where there is a high, European, level of service, rich cultural heritage, wonderful climate at any time. yes. ” Less cumbersome buyers prefer Spain. The more economical choose between Bulgaria, Montenegro and Croatia, where the average price per square meter of an object (depending on class) ranges from 700 to 1700 euros. By the way, Montenegrin and Bulgarian laws are extremely loyal to foreign purchasers. “In these countries, the state is interested in attracting foreign investment, so there are practically no bureaucratic barriers,” said Zavalishina. “A non-resident can easily buy a house, apartment or land.”

Ease of design for citizens of Russia is an important factor. However, according to Azaria Lapidus, for the Russian there is another very significant issue – the availability of his “distant cottage”. Of the developed European countries, according to the expert, Spain should be distinguished, where “a visa is issued to owners or tenants and members of their families for a period of up to 180 days a year. For comparison, in France – up to 100 days.” In this regard, Montenegro still wins – the Russians do not need a visa to visit this country. 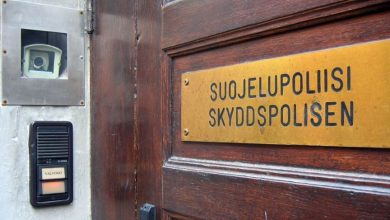