The leaders of Italy, France and Spain on Thursday at a joint press conference in Rome announced the creation of a new organization – the Mediterranean Union.

“This project was often talked about, but there were no specific projects so that the Mediterranean Union could begin to exist. It was launched tonight,” said Italian Prime Minister Romano Prodi.

“The three of us decided that the Mediterranean would be united and would oppose war and misfortune,” he said.

“The union that is being born today in Rome is called to unite the Mediterranean, strengthen peace and stability, and resolve immigration problems,” said Spanish Prime Minister Jose Luis Rodriguez Zapatero on this subject.

The head of France has repeatedly called for the creation of a union of Mediterranean states. The main tasks of the new organization should be the development of a coordinated immigration policy, the development of the economy and trade, the promotion of the fundamental values ​​of the rule of law, and the protection of the environment.

The leaders of Italy, France and Spain announced the creation of a new organization – the Mediterranean Union. The idea of ​​establishing such an alliance was first put forward by French President Nicolas Sarkozy, who intends to carry out his idea during the French presidency in the European Union in the second half of 2008. According to experts, at the initiative of Sarkozy, the foreign policy priorities of the European Union can seriously change: Europe will focus on strengthening its position in the Mediterranean.

Last Thursday in Rome, Italian Prime Minister Romano Prodi, his Spanish counterpart Jose Luis Rodriguez Zapatero and French President Nicolas Sarkozy discussed the formation of the Mediterranean Union. Following the meeting, they signed the “Roman Call for the Formation of the Mediterranean Union.” It is expected that on July 13 next year in Paris, the heads of the leading European powers will discuss in more detail the process of forming a new interstate alliance. Their meeting will take place the day before the EU summit, to which it is planned to invite the heads of state of the Mediterranean region. “The Mediterranean Union is emerging from three European countries in the bowels of the EU, which will be of assistance since Spain, Italy and France, as one of its main actors, intend to promote cooperation inextricably with the EU,” Mr. Zapatero said at the end of the meeting.

Nicolas Sarkozy first voiced the idea of ​​creating such an alliance even before he became president. According to his idea, the new geopolitical space will unite the countries of the Arab Maghreb, a number of European powers, as well as Turkey, Israel and Lebanon. It is supposed to create a single economic space, joining forces in solving problems of security, ecology and population migration. The main activities will be determined by the “club” of heads of state and government. “France, which is both a European and a Mediterranean country, should, along with Portugal, Spain, Italy, Greece and Cyprus, take the initiative to create the Mediterranean Union, as it previously put forward the initiative to create the EU,” Sarkozy said in February this year.

According to experts, Nicolas Sarkozy intends to completely change the priorities of foreign policy of the European Union. Germany, which presided over the EU in the first half of 2007, did not at all endorse Sarkozy’s initiative. Chancellor Angela Merkel considered that such an alliance could be a threat to the European Union. “Merkel’s priorities will be a thing of the past. Strengthening positions in the Caucasus, Central Asia, and Eastern European countries seems to Sarkozy to be unpromising. So, Georgians and Ukrainians can forget about the dream of integration into the European Union for a long time, ”the famous German political scientist Alexander Rar told RBC daily. According to him, Sarkozy will “redirect” Europe from east to south. “France will chair the EU in the second half of 2008. Nicolas Sarkozy intends to bring strategic partnership with Mediterranean neighbors to the fore. From the point of view of the southern EU countries, this idea is successful. For them, this is a solution to the problems of immigration from North Africa, security and economic benefits, ”said Mr. Rahr.

Nicolas Sarkozy and Romano Prodi discussed not only political issues. On Friday, it became known that the board of directors of the Italian airline Alitalia supported the candidacy of the French Air France-KLM as a buyer of a government stake. According to experts, the visit of Sarkozy played a role in this deal. Air France-KLM believes that this transaction will achieve significant synergies, and plans to invest about 6.5 billion euros in the development of the company. The buyer also plans to retain the Alitalia brand in domestic operations. The final decision on the fate of the company should be made by the Italian government, which owns a 49.9% stake in Alitalia. However, analysts have little doubt that the government will express its agreement. The Italian domestic carrier Air One, supported by unions and some politicians, also claimed to buy a government stake in the loss-making airline Alitalia.

Mediterranean Union: Spain for, Turkey against

French President Nicolas Sarkozy’s idea of ​​creating a “Mediterranean Union” for countries like Turkey, which he does not want to see in the EU, has found support in Spain.

“The time has come to build a real geopolitical space by founding the Mediterranean Union. It will include some EU countries bordering the Mediterranean, have its own council of heads of state and government, parliament and bank, as well as pursue its own policy, ”said Spanish Foreign Minister Miguel Angel Moratinos.

However, Sarkozy’s plan has already received a negative assessment in Turkey, which ridiculed the Union, calling it a “second-rate club”. According to an unnamed Turkish diplomat, Turkey will never perceive the Mediterranean Union as an alternative to the EU and insists on full membership in the European Union.

As the New Region has already reported, in February of this year, the then Minister of the Interior of France, now President Nicolas Sarkozy, proposed the creation of a Union of Mediterranean States that could include Turkey.

The author of the idea opposes Turkey’s accession to the EU and believes that a new interstate association could be built according to the EU model. “I will offer Turkey a big common goal – to be the key country of the new union, the new Mediterranean Union,” Sarkozy said then. 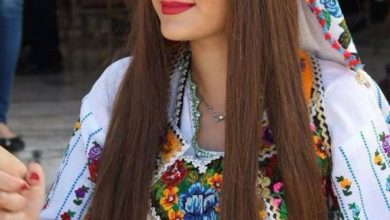 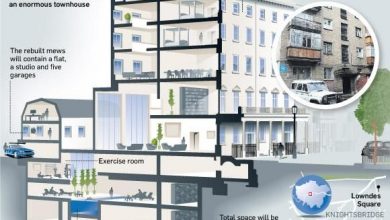