This week was quite busy for European Parliament President Hans-Herth Pettering. Between the two EU-Africa summits, held in Lisbon, and the EU summit starting on Friday in Brussels, he took the time to answer questions from the EuroNews channel.

The main focus of the conversation was on the new European Treaty, its ratification, compliance with the Charter of Fundamental Rights, as well as other issues that, according to Hans-Hert Pettering, will be on the agenda of the European Union in the coming months.

EuroNews: Lisbon agreement, reform agreement, mini-agreement – what is the exact name of this agreement?

Hans-Gert Pettering: I think that this agreement will ultimately be called the Lisbon Agreement. In the same way, we can call it the agreement on reforms. The Lisbon Agreement will be a big step forward, as it gives the European Union greater opportunities for action, as it will become more democratic and transparent and thus be closer to citizens. So this is a big step forward.

EuroNews: What will the European Parliament get from this new agreement?

Pettering: The European Parliament will benefit quite a bit from this agreement, because the principle of joint decision-making will be introduced into European law with almost 100% probability. There are only some issues that make up the exception, such as, for example, tax system issues. But issues of immigration, political asylum, and issues related to internal security will be addressed jointly. This means that the influence of deputies elected by citizens will increase, and this will benefit the interests of people. Thus, Europe becomes more parliamentary, more democratic and closer to its citizens.

EuroNews: What role do you intend to play in the ratification process next year?

Pettering: The European Parliament says yes to this treaty, and we will give our advice and use our influence so that all national parliaments in the European Union also say yes. We want the agreement to enter into force in early 2009, a few months before the European elections in June 2009.

EuroNews: In case of failure of the ratification process, is this time provided for “Plan B”?

Pettering: We do not expect the failure of the contract because if we think about failure, it will be guaranteed or very likely. Therefore, today everything must be done so that the treaty becomes successful, so that it is ratified. Either as in Ireland – through a referendum, or through national parliaments. Both of these procedures are equally democratic. Details depend on the traditions of each member country. Each country decides how ratification takes place – either in a referendum or whether it is parliamentary ratification. Both are democratic steps. And we want to do everything so that the treaty is ratified so that it can enter into force starting in 2009.

EuroNews: The Charter of Fundamental Rights is now separate from the agreement. Do you think this is good or bad?

Pettering: They are not completely divided, we cannot say that. It is absolutely inseparable, we cannot talk about it this way. There is an article included in the treaty that explains that the charter will become an element of the treaty. This means that even if the Charter is not written verbatim in the Treaty, it becomes legally binding.

EuroNews: But the Charter was already signed in Nice in 2000. What are its differences from the present?

EuroNews: At the summit on Friday, what topic do you intend to attract the attention of European leaders?

Pettering: I think it is very important to strengthen internal security in Europe. Soon, the internal borders will disappear, for example, on December 21 with Poland, the Czech Republic, and Slovakia. And we must guarantee the security of external borders. This means that freedom inside should not entail an increase in crime. We must fight together against crime in Europe. And internal security is very important. Of course, foreign policy issues will play a very important role. Changes in Kosovo, the issue of independence of Kosovo. These issues are also of great importance. In addition – cooperation with the Mediterranean countries. All these issues concern us and will play an important role at the summit.

EuroNews: What challenges await you as the President of the European Parliament next year?

Pettering: 2008 will be the year of intercultural dialogue. We want to emphasize this with the choice of speakers to be invited to the European Parliament. I would also like to highlight separately visits to Arab and Muslim countries, as well as our desire to establish partnerships with the Arab and Islamic world. So that the issue of intercultural dialogue is indeed a very important topic. If we want dialogue between cultures, we must also know our values. For this, it is very important that the Charter of Fundamental Rights enters the consciousness of citizens, because if we intend to engage in dialogue with other cultures, we ourselves must know about our values. So the dialogue of cultures is a very important stage in 2008. 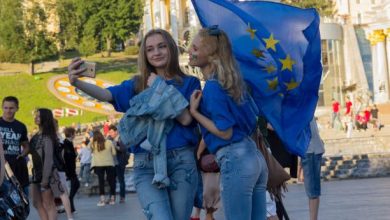 EU citizens have the right to information 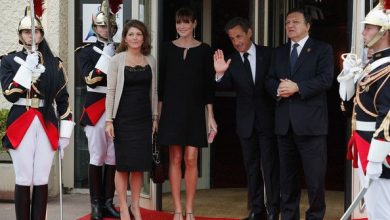 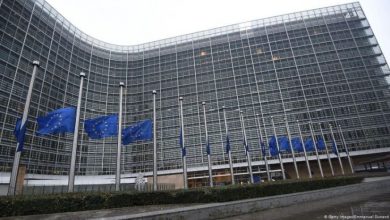