Gazprom will gradually raise prices for its closest neighbors to the European level, while increasing gas prices for Europeans as well.

The price of Russian gas for Moldova in 2008 may be $ 190 per thousand cubic meters. As Prime Minister Vasily Tarlev said in Chisinau today, in 2008 Gazprom will raise the cost of a cubic meter of its gas for Moldova by $ 20, the monopoly informed Moldova-Gas. However, Gazprom will finally decide on new prices after January 20. The answer to the question of how much fuel will increase for Moldova will depend on the level of gas prices for the EU and will amount to 75% of the average European price.

By 2011, Moldova will buy gas from Russia at European prices. The parties agreed on this last year, but this year Moscow and Chisinau signed a protocol on the principles of levying indirect taxes in mutual trade on the basis of the country of destination. Now the Moldovan authorities are counting on the fact that after the ratification of this document by the State Duma, it will be possible to count on some reduction in gas prices.

In the first quarter, Gazprom will supply gas to Belarus at a previously determined price of $ 119 per thousand cubic meters. In any case, as stated in Moscow, the gas issue will not be raised at today’s meeting of representatives of the Union State of Russia and Belarus.

Moscow and Minsk agreed on a price of $ 119 on December 31, 2006. True, it was then agreed that in 2008 the price of gas for Belarus would be 67% of the average European level minus transportation costs. But now, when Gazprom said that in connection with the rise in price of Central Asian fuel, prices for Europeans could rise to $ 350 per thousand cubic meters, the monopoly has not yet revised the cost of gas for Belarus. In the future, however, analysts say, prices for Belarus will still rise.

Despite this, many experts called the “special” conditions for Belarus a political calculation – despite the fact that Minsk will also pay with Russian money for gas. Today, Russian Prime Minister Viktor Zubkov confirmed that the state loan of $ 1.5 billion, which Russia nevertheless decided to provide to Belarus to solve economic problems in connection with the increase in gas prices, will be transferred to Minsk within a day. According to the agreement signed by the parties on December 20, this loan was granted to Belarus for 15 years at 5.75% per annum at present – the LIBOR rate (now it is 5%), plus 0.75%. But Belarus will not pay Russia in the next five years. She has a respite.

Ukraine, for which the price of gas from Russia will be $ 179.5 per thousand cubic meters, now has to revise the parameters of its budget. The budget for next year has not yet been adopted, and today at a government meeting where new financial parameters are being considered, President Viktor Yushchenko is present. Gazprom significantly increased the cost of gas for Kiev after Turkmenistan, Uzbekistan and Kazakhstan, whose fuel is supplied to Ukraine through Russia, raised their gas prices.

Yulia Tymoshenko, who has become the Ukrainian Prime Minister, has repeatedly stated that gas price agreements with Russia could be revised. However, while Ukraine has to achieve lower gas prices in another way. The new head of Naftogaz Ukrainy, Oleg Dubina, is going to head a delegation to Tashkent, where he will negotiate on direct deliveries from Uzbekistan of 7 billion cubic meters of gas, Kommersant-Ukraine reports.

Europeans also have an alternative to Russian gas. On the eve it became known that the planned agreement between Gazprom and the Algerian concern Sonatrach on gas production and transportation would not be signed. Europeans hope that, competing with Algeria in gas supplies to Europe, Russia will nevertheless be forced to restrain the growth of its prices. Now the share of the same Sonatrach in supplying Europe with gas is 18%, but by 2010 it can reach 25%, and by 2012 – up to 30% if Russian gas prices continue to rise. True, Algeria will have to lay expensive gas pipelines along the bottom of the Mediterranean Sea, but the EU may well co-finance this construction in order to diversify its sources of fuel supply.

In early December, Algerian Sonatrach signed a contract with the French Gaz de France to extend the supply of liquefied natural gas until 2019. France will import a billion cubic meters of gas through the new Medgaz pipeline under construction. This pipe will connect Algeria with Spain in 2009, and in 2011 Algeria plans to complete another gas pipeline – Galsi, through which African gas will go to Italy. Algerians currently supply gas to Europe through the Trasmed and Maghreb-Europe pipelines. 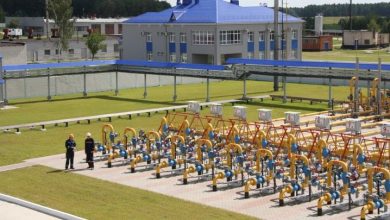