Heavy snowfalls are observed from the Balkans to the British Isles. The counties of Scotland are most affected. Due to drifts on the roads, the police were forced to close the kingdom’s main highway.

In neighboring France, the road situation is even worse. Heavy rain with snow, combined with a sharp cooling, turned the highway into a real skating rink.

In Bulgaria, they are trying to eliminate the consequences of heavy snowfall, which disrupted transport links and left hundreds of settlements without electricity. In some areas of the country, an emergency situation remains.

The most difficult situation in the cities of Rousse, Burgas, Stara Zagora, Razgrad, Selistra, Varna, Veliko Tarnovo and Dobrich, the streets of which are covered under a meter-long layer of snow. There are interruptions in the supply of the population with basic necessities, including bread.

On the country’s central highways, traffic is still difficult, and in some places completely blocked. As a result of snow drifts, a passenger train stuck from Sofia to Silistra, its passengers were evacuated by rescuers.

In mountain hotels, tourists are blocked for the third day, among which there are many children, hotel owners report that they are running out of food. In the affected areas, there is a problem with the provision of emergency medical care, since only special equipment equipped with tracks can pass through the snowdrifts.

According to the forecast of Bulgarian meteorologists, the snow will stop in the coming hours, but the air temperature will drop to — 15 – 20 °C.

In addition, due to a severe cooling, Iranian authorities reduced natural gas supplies to Turkey on Thursday due to a sharp increase in domestic fuel consumption. According to the Iranians, there has not been such a low temperature and snowfall over the past few years. People try to keep warm in any way. Life in the Iranian capital is almost paralyzed. Tehran’s schools are closed, public transport runs intermittently, and there are huge traffic jams on the roads. 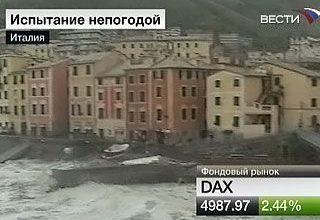